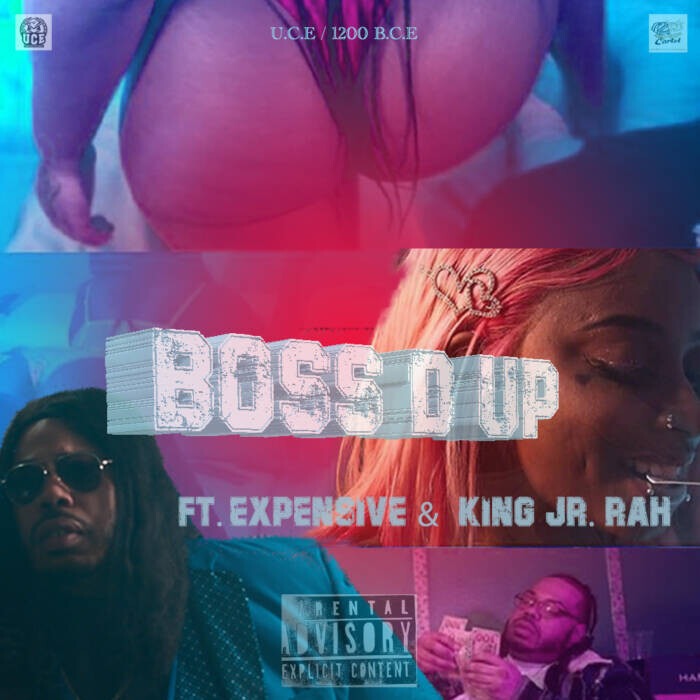 The brand new record provides a strong lyrical flow with a combination of humor and sex appeal. Explaining what it means to work hard and come back even harder. The Dayton, Ohio natives have been in the hip hop scene for years, and their undeniable love for music continues to inspire them. Their most recent release, “BOSS’D UP,” serves as an example of how much they’re pushing their craft.

It’s theatrical rhythm paired with rapid piano instrumentals create the signature sound of the song. Enabling them to express the message of “by any means possible,” urging you to not let something or anything get in the way of your grind.

“I gotta watch out for the snakes cause these niggas are fake… their disguises impeccable…” Deshone, T. (2021) “Boss’d Up”

showcases not only his lyrical prowess, but also his extraordinary ability to build a character.

“Channeling my creativity is a process that begins the creative process, and the beat leads me to that place where I create great work”, Travis explains, “so it’s the same cycle, but when directing the video, I was able to dissect that creativity a little more and invite people further into who I am as an artist.”

Travis wanted to discover the potential of other musicians while becoming the leader of his own tribe and running his own record label, Urban Class Entertainment. Working with artists Expensive and King Jr. Rah was made possible by partnering with 1200 Block Cartel Entertainment.

“Having a beat to vibe to and creative people around or even the beat alone will move me” says Expensive.

King Jr. Rah goes on to express his appreciation for the record as well.

“I hope that everyone can appreciate all the blood, sweat and tears that we placed in this project and able to connect with the music as we did”

The trio’s creative process is similar, and the beat led them in the direction that produced their vibe. The single “BOSS’D UP” is just one of many from the U.C.E (Urban Class Entertainment) and 1200 B.C. Ent (1200 Block Cartel Entertainment) camps.

The mixtape/second album’s single, “BOSS’D UP,” follows the first single, “OKAY DEN.” Their previous collaboration was released on March 4th, hosted by Grammy Award-Winning Producer Zaytoven and has garnered over 1.4k views on YouTube and counting.

The independent labels have collaborated on a mixtape/album called “Reality Checks,” which is set to be released this summer. 1200 Block Cartel and Urban Class Entertainment are in the process of establishing an empire with the main focus of becoming music legends.

For now, take a look at the brand new “BOSS’S UP” music video below.