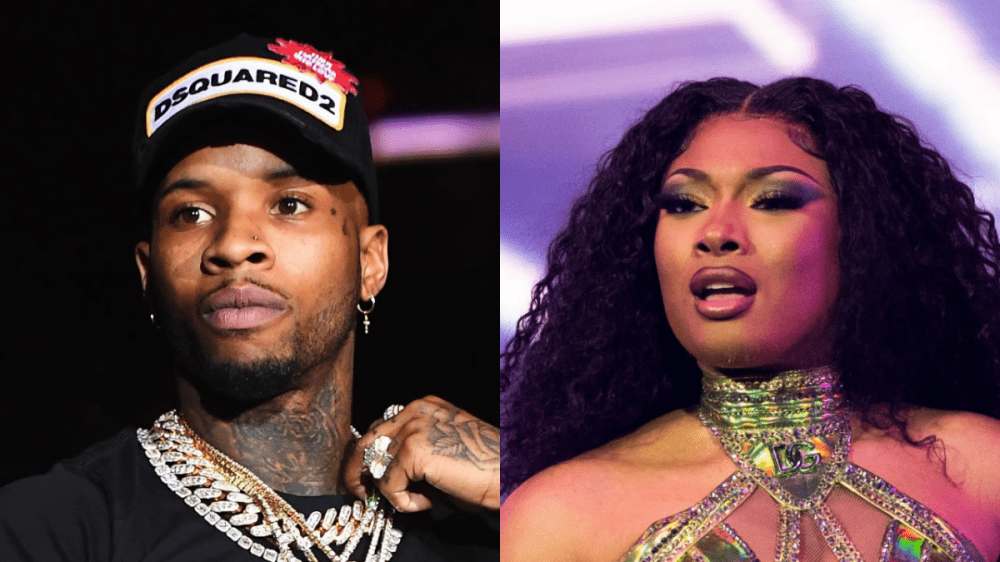 Tory Lanez’s legal team is looking to delay the trial in his Megan Thee Stallion assault case ahead of its scheduled September 14 start date.

According to Rolling Stone reporter Nancy Dillon, Tory’s lawyer asked the judge presiding over the case at a court hearing on Thursday (July 28) to postpone the trial due to “potential conflicts” stemming from an unrelated case involving Megan.

It remains unclear whether the request will be granted, with the judge calling it “premature” to delay the trial. A court date has been set for August 12 to determine if the conflicts have been resolved and, subsequently, if the trial needs to be pushed back.

“Update on Tory Lanez hearing today: Tory didn’t attend. His lawyer asked to postpone 9/14 trial in Megan Thee Stallion assault case due to potential conflicts with unrelated case she’s on,” Dillon tweeted. “Judge called it ‘premature’ to bump trial. Back 8/12 to see if the conflicts clear up.”

Judge called it "premature" to bump trial. Back 8/12 to see if the conflicts clear up.

Megan Thee Stallion is currently entangled in a bitter legal battle with her label, 1501 Certified Entertainment, which is owned by former baseball player Carl Crawford. In February, the 27-year-old rapper sued 1501 after they claimed her 2021 project Something For Thee Hotties didn’t meet the legal definition of an “album” and therefore didn’t count toward fulfilling her contract.

The following month, the label countersued Megan over the release, arguing she still owes them music in addition to potential seven-figure earnings from “collaborations, sponsorships, endorsements and side engagements.”

The Houston-bred hitmaker previously filed two separate lawsuits against 1501, accusing them of blocking her from releasing music because she wanted to renegotiate the unfavorable 360 deal she originally signed in 2018.

Megan Thee Stallion’s case against Tory Lanez has also seen its fair share of drama. Since Megan accused Tory of shooting her in the foot following a party at Kylie Jenner’s house in July 2020 — resulting in the Daystar rapper being hit with felony assault and gun charges — the battle has played out not only in court, but on social media, in the press and even on wax.

In April, Tory was handcuffed during a court hearing and forced to pay an increased bail of $350,000 after multiple tweets aimed at Megan were found in violation of the discovery protective order and personal contact order.

Later that month, Megan claimed Tory offered her $1 million in hush money following the shooting during a tearful interview with CBS Mornings‘ Gayle King. And in her Rolling Stone cover story in June, the 27-year-old made it clear she wants to see Tory suffer.

“I feel like you’ve already tried to break me enough. You’ve already shot me. So, why are you dragging it out like this? Like, what else? Have you hated me this much the whole time and I didn’t see it?” she said. “I want him to go to jail. I want him to go under the jail.”

Tory Lanez has maintained his innocence and accused Megan Thee Stallion’s team of trying to “frame” him for the shooting. If convicted, he faces a maximum sentence of 22 years and eight months in prison.