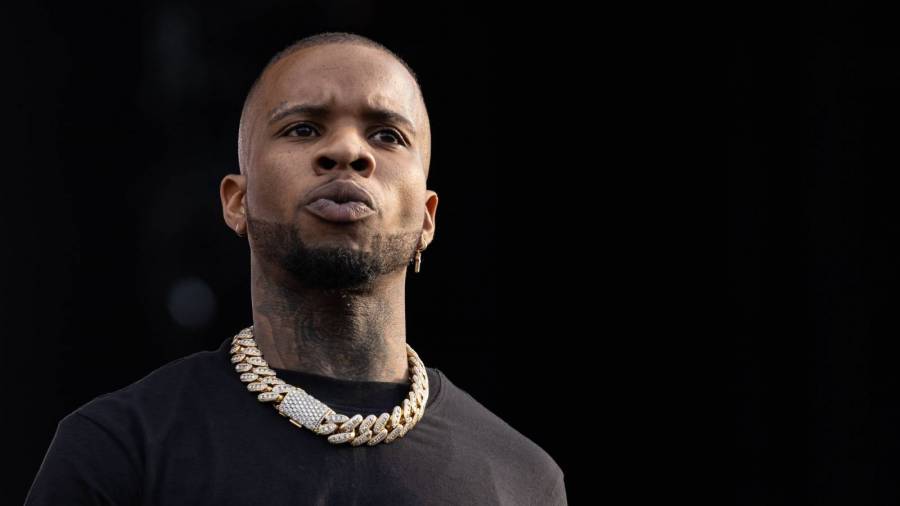 Los Angeles, CA – The preliminary hearing for the Tory Lanez and Megan Thee Stallion case was held in Los Angeles on Tuesday (December 14) after a year of COVID-related delays, and Tory Lanez has a bone to pick with the way the media reported it.

The hearing was reported live by a reporter at Rolling Stone, but now Lanez has taken to Twitter and claimed the media got it wrong.

“NAH … i need someone to REPORT what was REALLY said in court today,” the Canadian rapper tweeted. “45 minutes of my lawyer stating contradictory evidence that proves my innocence should never come back as one false story forced to the media.”

NAH … i need someone to REPORT what was REALLY said in court today, 45 minutes of my lawyer stating contradictory evidence that proves my innocence should never come back as one false story forced to the media

The hearing was reported via Twitter by Rolling Stone reporter Nancy Dillon, who also tweeted the first witness in the hearing was LAPD officer Sandra Cabral, the first to respond to the “shots fired” call.
Cabral testified that Megan Thee Stallion was panicking and “frantic” when she arrived. She also noted the firearm discovered under Lanez’s passenger seat “was warm to the touch,” implying the weapon “had been used.”

First witness in #ToryLanez prelim was LAPD Officer Sandra Cabral. She responded to "shots fired" investigation. Says Megan was in "a panic, frantic."
Says firearm found under Lanez's passenger seat "was warm to the touch," suggesting "the firearm had been used."

After being criminally charged in October with felony assault, Lanez has long maintained his innocence. He was present in the courtroom for Tuesday’s hearing but didn’t testify. Last September, he dropped an entire album aimed at clearing his name called DAYSTAR, and a few people believed his side of the story, including Wack 100 who accused Meg of lying about her injuries last month.
“Let’s really do the math,” he said. “Some of the smallest bones in our muthafuckin’ body is in our foot. N-gga, if you take a bullet to that foot and it break them bones, you are not walking backwards with your hands in the air. It is not happening. It’s not gonna fucking happen.”