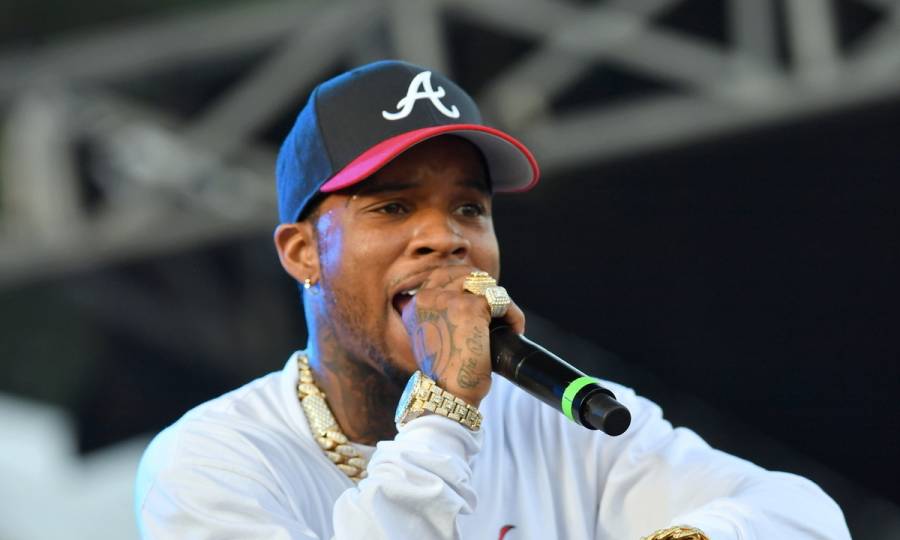 Given all the court delays, the situation between Tory Lanez and Megan the Stallion feels like it will never come to an end. However, fans think Tory Lanez may have revealed his fate regarding the ongoing court case with Megan Thee Stallion in a tweet.

On Tuesday (September 21), the Toronto crooner took to Twitter with a subliminal message that fans think may hint at him going to jail. In the tweet, Lanez wrote, “It’s been real,” which caused people to scramble to his comment section digging for answers. It also didn’t help that Lanez wiped out his Instagram page.

The fans’ reaction was divided between those who defended Lanez and those who wanted to see him rot in jail for allegedly shooting Megan in her feet last year. The tweet could have meant anything, but people are standing firm on their belief that it has something to do with Megan, given the fact Tory Lanez violated Megan’s restraining order at Rolling Loud Miami this year.

During DaBaby’s controversial set at Rolling Loud Miami, Tory Lanez joined him as a surprise guest to perform their collaborative effort “SKAT” minutes after Megan Thee Stallion took the stage. Megan’s team and local police believed Lanez violated the restraining order, and the court agreed with their sentiments. Lanez was then arrested but paid his bail at $250,000.

A shoe was thrown at DaBaby after he brought out Tory Lanez during his #RollingLoud set. https://t.co/fpJ5regDl8

Despite his future allegedly looking a bit murky, Tory Lanez is using whatever he has of his free time now to help those in need. On September 17, Tory Lanez donated $50,000 to help disadvantaged California families post bail for their loved ones through the nonprofit organization, Unite The People Inc.

Tory has been a board member for Unite The People for over two years now. The organization offers legal services to families who are low on money and gives them a fair shot with the legal system.