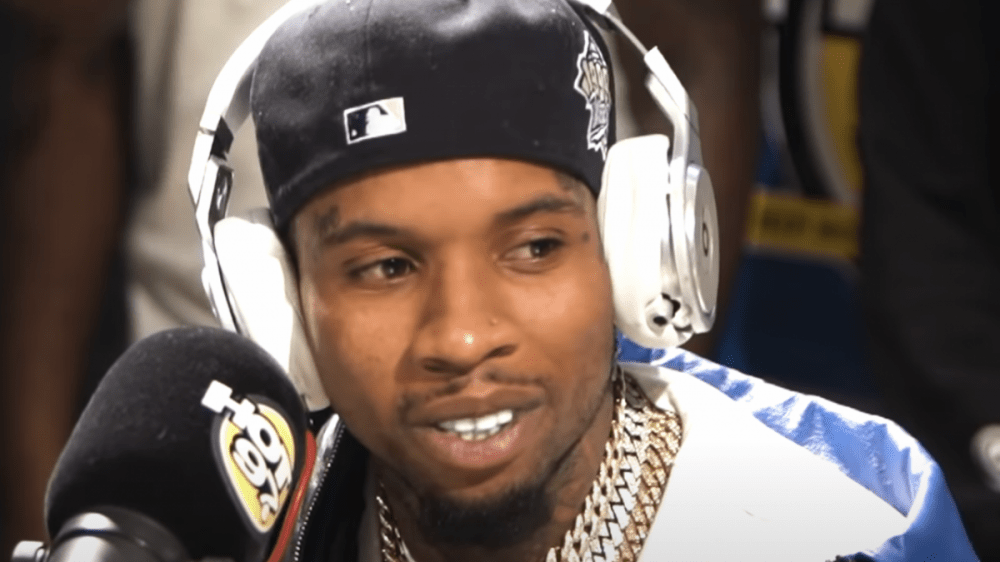 Tory Lanez is planning to drop a new song on Friday (March 11) titled “Cap,” but the new track has garnered a good amount of controversy prior to its release.

As reported by The Shade Room, the Canadian crooner’s latest single allegedly addresses his vitriolic assault case involving Megan Thee Stallion, and he seemingly takes shots at both the Houston rapper and her boyfriend Pardison Fontaine’s biggest song “Backin It Up” with Cardi B.

“Ken just got them two best friends to f*ck, I said ‘goals’. He a bird he probably in the X4, plus the only Party we know is next door,” the lyrics read according to TSR. “You know these ni-ggas talkin’, know these pussy boys a joke. You got a Goyard on your birthday ‘cause that n-gga broke. The casa, the miso, that shit right where I’m at. He would say somethin’ back but he need Cardi B for that.”

As the reports made the rounds online, Tory took to Twitter to offer his own disclaimer prior to the track’s release on Friday (March 11).

“Before my new song #CAP even drops TONIGHT… there’s one thing in the song I don’t want no one getting confused… I am not dissing @OffsetYRN or @iamcardib That’s family.”

As word of the track spread on Thursday (March 10), Tory cryptically alluded that the ongoing criminal trial against Megan Thee Stallion is not all that it seems.

“Make sure you always read between the lines,” Tory wrote. “Not everything is going to be what u think or thought it was.”

The new song comes as Megan Thee Stallion’s shooting trial grows more contentious by the day. Drama ensued in February when Akademiks claimed without proof that Tory’s DNA hadn’t been found on the gun used in Meg’s shooting, which set off both Meg and Pardi.

As Meg and Akademiks traded shots online, the former shared a series of apology texts sent by Tory following the shooting to prove her point. Tory added to the chaos by tweeting that the apology texts were for sleeping with Meg’s two best friends, not for shooting her.

“Good D*ick had me fucking 2 best friends,” he wrote on Twitter. “And I got caught. That’s what I apologized 4 … it’s sick how u spun it tho.”

As the trial gears up to resume on April 5, Tory Lanez is also facing foreclosure on his Miami condo, an incident many fans noted following the announcement of “Cap’s” release.