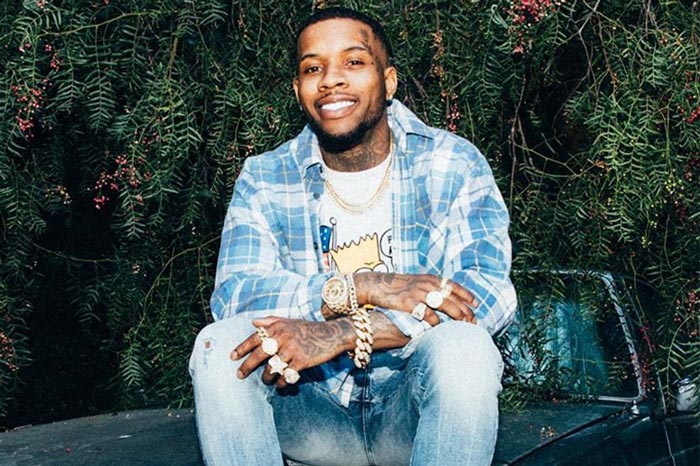 It’s the end of an era for Tory Lanez.

On Friday, the prolific rapper-singer is set to release The New Toronto 3, his final album for Interscope Records. Just hours before it drops, he has revealed the tracklist.

“It’s crazy to think that . I drop my LAST mixtape / project with INTERSCOPE on FRIDAY,” tweeted Tory. “AND IM OFF THE LABEL … LITERALLY A FREE MAN !!!! FREE TO DO AND DROP THE MUSIC THAT I WANT.”

The New Toronto 3 arrives just four months after his last album, Chixtape 5, and is the third installment in Tory’s New Toronto mixtape series, which started in 2015.

Tory, whose Quarantine Radio has been temporarily blocked from going live on Instagram, also plans to make another major announcement once it drops. “I HAVE A BIG ANNOUNCEMENT tomorrow,” he told his followers.

See The New Toronto 3 tracklist below.

TRACKLISTING FOR #TheNewToronto3 THE MIXTAPE DROPS TOMORROW !!! PLUS I HAVE A BIG ANNOUNCEMENT tomorrow. 🖼: @alexxfigs pic.twitter.com/e56Dh2Efdj