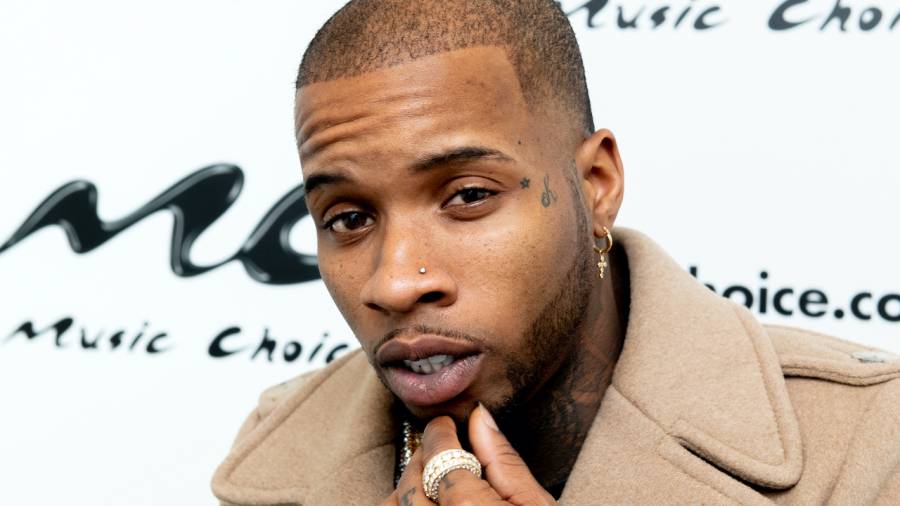 After Tory Lanez’s self-imposed exile from the music industry over the summer, the Canadian rapper re-emerged last month and apparently feels empowered to speak even more.

Lanez has frequently posted on social media since the release of his DAYSTAR album on September 25, including a controversial Instagram Live session where he discussed the Megan Thee Stallion shooting incident. Now, he’s alerting fans he’s not slowing down anytime soon.

“TO MY FANS … ITS ABOUT OT BE A FLOOD OF NEW MUSIC + NEW VISUALS FROM ME,” he wrote on Instagram Sunday (October 25). “MY HUNGER HAS LIFTED. IM ‘SUPER SAIYAN ULTRA INSTINCT’ MODE. FEARLESS AND WONT BE STOPPED.”

The news comes after DAYSTAR became the lowest opening-week release of his career in terms of sales and chart position. The album debuted at No. 10 on the Billboard 200 chart with roughly 36,000 equivalent album units sold, a far cry from The New Toronto 3 and Chixtape 5  mixtapes, which both debuted at No. 2.

Even as Lanez continues to push forward in his career, others are viewing his moves as antics. Megan blatantly called him “genuinely crazy” on Twitter and Rick Ross continued to taunt him about a smart car he allegedly purchased for the 5’3 artist.

Lanez has been ordered to stay away from Megan following a court appearance in Los Angeles in relation to a felony assault charge he’s facing. If convicted, he faces a maximum sentence of nearly 23 years in prison.