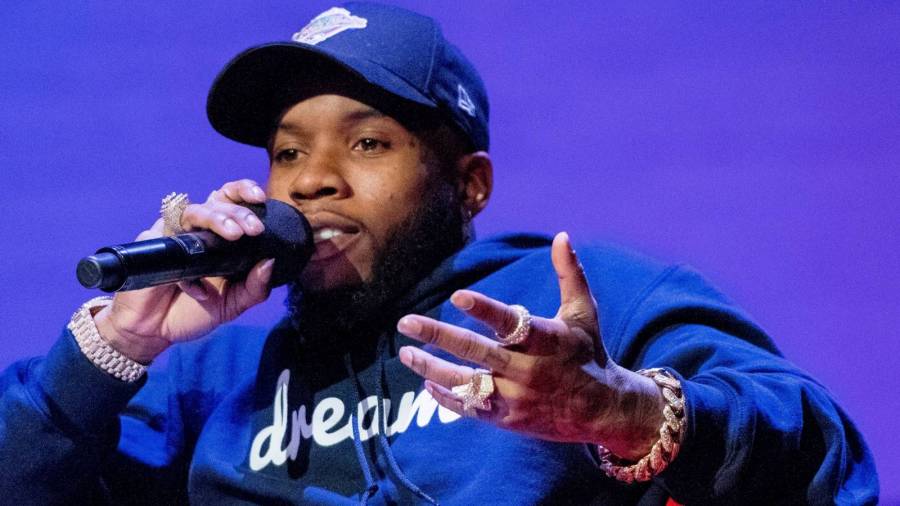 Tory Lanez has reportedly pleaded not guilty in the Megan Thee Stallion shooting incident. According to New York Daily News, the Canadian rapper — real name Daystar Peterson — entered his plea on Wednesday (November 18) with the help of his attorney Shawn Holley.

Lanez was charged last month with one felony count each of assault with a semiautomatic firearm and carrying a loaded, unregistered firearm in a vehicle. Consequently, a Los Angeles judge ordered the 28-year-old to stay 100 yards away from the Roc Nation artist and surrender any firearms.

Megan was shot on July 12 after leaving a Hollywood Hills pool party where she’d been hanging out with Lanez and Keeping Up With The Kardashians star Kylie Jenner. As the story goes, an argument popped off in their chauffeur-driven SUV and when Megan attempted to get out of the vehicle, that’s when Lanez allegedly started firing bullets at her feet.

The incident resulted in a trip to the hospital for Megan and Lanez’s arrest for felony possession of a concealed weapon. Following the incident, Megan eventually identified Lanez as the triggerman on Instagram Live while Lanez went dark on social media.

In September, Lanez suddenly re-emerged with an entire album called DAYSTAR that was solely dedicated to clearing his name. He, of course, maintains his innocence.

During a recent interview with GQ, Megan claimed Lanez tried to buy her silence, but it clearly didn’t work.

“Like, I never put my hands on nobody,” she said. “I barely even said anything to the man who shot me when I was walking away. We were literally like five minutes away from the house. [At this point] I’m really scared because this is like right in the middle of all the protesting.

“Police are just killing everybody for no reason, and I’m thinking, ‘I can’t believe you even think I want to take some money,” she added. “Like, you just shot me.’” (A lawyer for Lanez has since denied anything like that took place.)