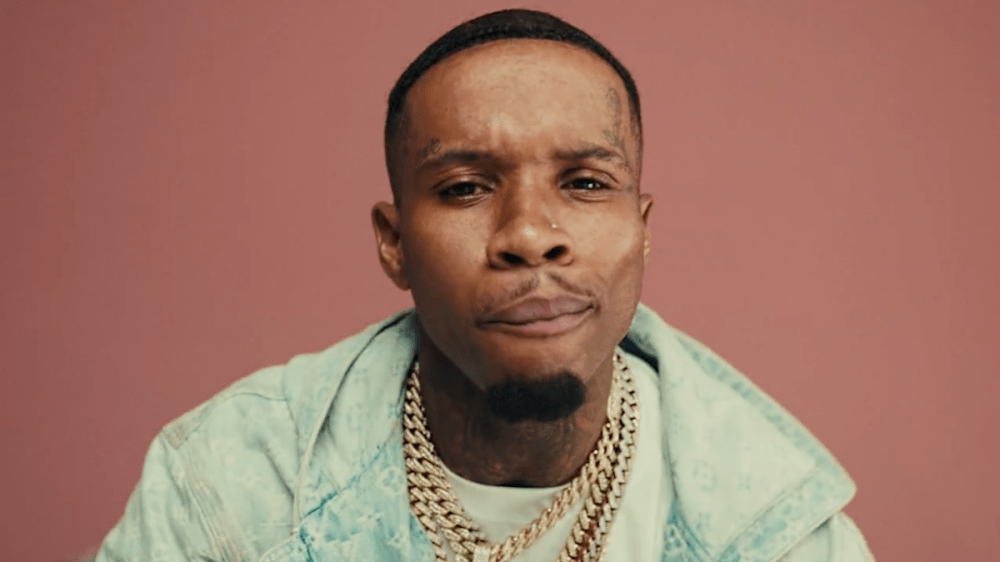 Tory Lanez was brought out as a surprise guest during DaBaby’s controversial Rolling Loud Miami set on Sunday (July 25) in an appearance that could potentially land him in trouble.

According to TMZ, Megan Thee Stallion’s team is concerned the Canadian rapper violated the protective order that was put in place after he was accused of shooting her in July 2020. Tory Lanez is required to stay at least 100 yards away from Megan Thee Stallion, but she was on stage less than an hour before him and apparently still backstage at the time of his performance. As a result, Seminole Tribal Police and the L.A. County D.A.’s office were contacted about a possible violation.

Megan Thee Stallion and her camp were reportedly “very upset” with what happened and felt it was disrespectful for DaBaby to bring out Tory Lanez right after performing their “Cash Shit” collaboration.

Tory Lanez pleaded not guilty to assault with a semiautomatic firearm and carrying a loaded, unregistered firearm in a vehicle in November 2020. In January, he attemped to have his protective order modified in order to speak about the incident, but his request was denied.

“[Lanez’s] failure to respond to [Megan’s] inflammatory and misleading statements may be interpreted as conceding to her claims. Nothing can be further from the truth,” read legal documents obtained by Complex. “Her claims are and will be sharply disputed and contradicted by the evidence in the case… [Lanez] is unable to respond meaningfully to any of the statements made by [Megan].

Megan Thee Stallion previously called out DaBaby for collaborating with Tory Lanez on their “SKAT” collaboration in June. The pair have worked together numerous times on songs such as “Nasty,” “Cry Baby” and “Cash Shit.”