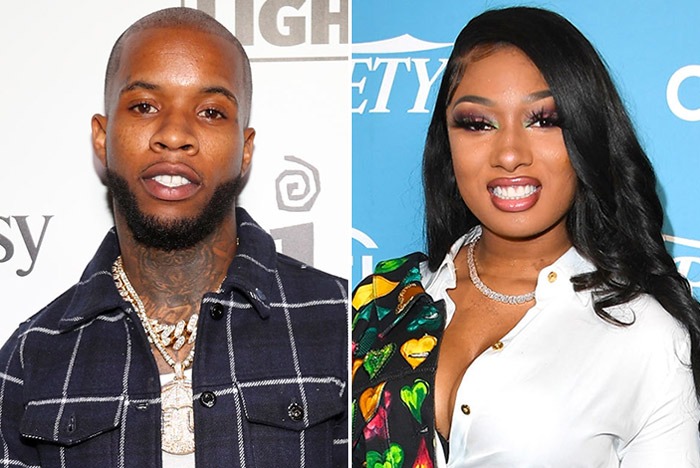 Tory Lanez may be facing assault charges for his alleged involvement in the Megan Thee Stallion shooting.

According to TMZ, the Los Angeles County District Attorney’s Office is considering charging the Toronto rapper with felony assault with a firearm. Megan was exiting their chauffeured SUV on July 12 when Tory allegedly shot her in her feet following a dispute in the Hollywood Hills.

Cops say a handgun was found in the vehicle. Tory was arrested and booked for possession of a concealed weapon, but he could face the additional charge after prosecutors asked the LAPD to launch an investigation.

Just hours earlier, Megan shared photos of the gruesome injuries she suffered during the shooting. Doctors had to stitch her foot back up after performing surgery to remove the bullets or bullet fragments.

Megan Thee Stallion speaks out and shares an image of her gunshot wounds after people accused her of lying about being shot:

“Y’all like to hear bad news before good news, a lie spreads quicker than the truth, and y’all really be believing the shit YALL make up…” ❤️ pic.twitter.com/lkGhxQeBo5

In her since-deleted post, she also fired back at those who claimed she was lying. “I got hit at the back of my feet because when I got shot I was WALKING AWAY FACING THE BACK. why would I lie abt getting shot?” she said. “I usually don’t address internet bullshit but y’all people are so sick! God was really watching over me and I’m healing so well! Sorry I’m not as sad and miserable as a lot of y’all lol but ima keep being Megan Thee Mf STALLION.”

Tory has yet to address the shooting and hasn’t posted on Instagram since July 10. In an earlier post, Meg described the incident as the “worst experience of my life.”