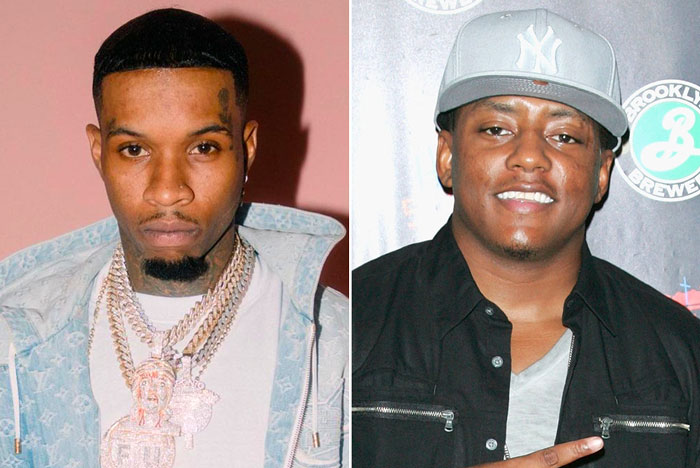 Tory Lanez is firing back at Cassidy.

A week after Cassidy called him out for stealing his flow, Tory has responded on his “When It’s Dark” freestyle off his NFT album of the same name.

“I leave Cass body in that casket his career is in / My prime to your prime, dawg, it’s no comparison,” raps Tory on his scathing verse. “What you gon’ prepare, some Smack DVD appearances / Ding, ding, ding, 15 seconds of fame is up / Was in them hotels with R. Kelly, we should flame you up.”

Earlier this month, Cassidy unleashed his diss track “Perjury” on which he accused Tory of jacking his flow.

“You keep stealin’ all the bars you write / F**k all the hype / You been a bitch all your life / But a shoot a chick quick like Eddie in Harlem Nights,” raps the Philly MC. “Canada got free healthcare, you gon’ need some / It’s stolen bars in all the records that he’s done / None of his shit is original, shit pitiful / I was selling records ‘fore the game went digital.”

Cassidy also called out Lanez for stealing his flow on a prior Flex freestyle from 2017.

Speaking with the “Hip-Hop Uncensored Podcast,” Cassidy opened up about his beef with the Toronto rapper.

Added Cassidy, “I been doin’ this shit way before you came around. I don’t give a f**k about you rappin’ to my beat. Either break bread or pay homage for real, ni**a. Pay homage and let ni**as know I’m the reason why you sound and rap like that.”