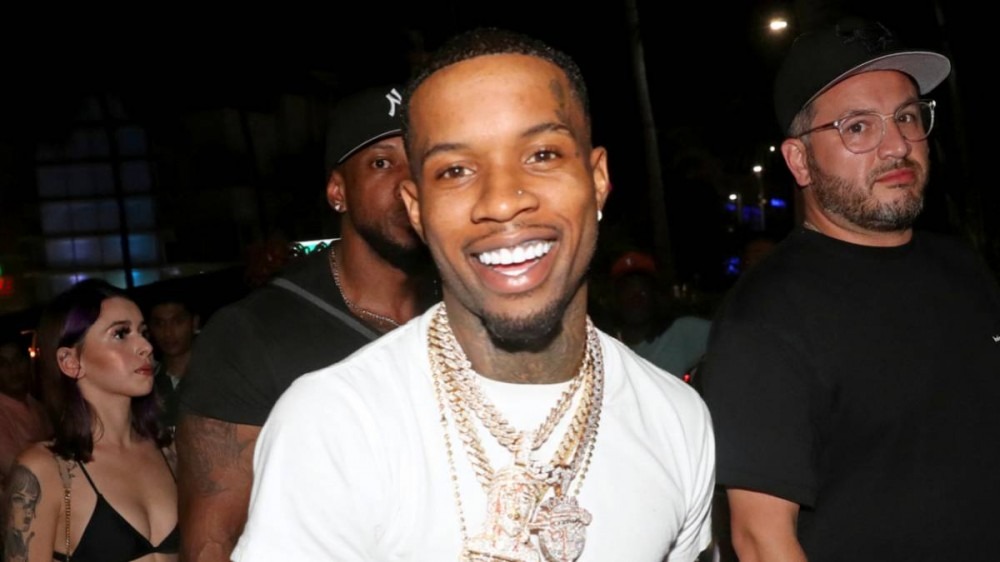 On Wednesday (December 22), the Canadian rapper hosted a Christmas giveaway in Broward County, Florida — not far from where he spent part of his childhood — where he donated $100,000 worth of gifts and clothing to single mothers and children in the area.

Donning a red Santa hat and face mask, Tory gave out bicycles, Barbie dolls, lightsabers, LEGO sets and more, according to TMZ. In one clip, he was seen lifting a brand new bike into the trunk of one woman’s car.

Lanez posted a video on his Instagram Stories showing a long line of cars that pulled up to his Christmas drive-thru.

“Merry Christmas! Just giving out a $100,000 worth of toys, gifts to single mothers and children,” he said in the clip. “Everything for Christmas. Look how long this line is; the whole Broward Boulevard on State Road 7 is backed up.”

THANK U @TMZ for highlighting this !!! Was a super success , everybody was safe and taken care of !! And most of all KIDS left happy and excited about gifts and clothes etc …. 💪🏾😇☔️ GOD BLESS https://t.co/VqpWp2WYb0

Tory Lanez also assured people that the event was safe and followed COVID-19 protocols, while expressing his delight that his money went to something meaningful, rather than just a piece of jewelry.

“We stayed COVID safe and made sure everything was safe,” he said. “We here, it’s a huge success. I’m just happy that we could spread love and light to people who don’t have [a lot] on Christmas Day. Some people wish that they could have something and they don’t got nothing, so this is good to give back.

Tory Lanez’s Christmas giveaway event comes on the heels of his new album Alone At Prom, which arrived on December 10. The ’80s-inspired effort debuted at No. 59 on the Billboard 200 after earning just under 18,000 album-equivalent units in its first week.

This past year hasn’t been all cheer for the One Umbrella rapper, though. His alleged role in last year’s Megan Thee Stallion shooting incident continues to loom large over his head, having been charged with felony assault and gun charges.

According to a recent testimony from LAPD detective Ryan Stonger, who interviewed Megan after the incident, an “intoxicated” Tory allegedly shouted, “Dance bitch!” before firing his gun and striking the Houston rapper in both feet.

The trial is set to begin on January 13.