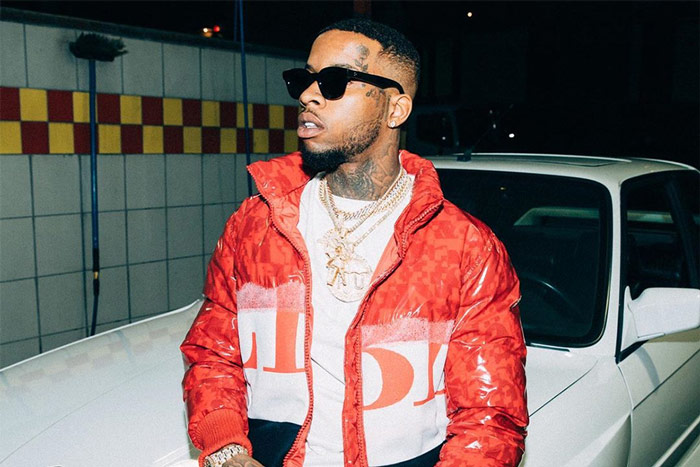 Tory Lanez continues to face backlash for allegedly shooting Megan Thee Stallion, but he won’t let his reputation be tarnished.

In the wake of the shooting and his silence, the Canadian rapper has come under fire from social media and his peers including T.I. and Bun B, who have spoken out against him, while artists like Kehlani and JoJo have removed him from their albums.

Now Forbes reports that fans may be boycotting his music. The outlet claims that Tory’s total streaming numbers have “plummeted” by up to 40 percent in the wake of Megan’s accusations.

His streams were between 20-30 million since mid-June, according to Nielsen Music/MRC Data. However, after Megan’s livestream on Aug. 20, Tory’s streaming numbers reportedly fell by nearly 9 million, a 40% decrease from the previous week’s 22 million streams.

After Forbes published their story, Tory has come forward to deny the report. He told HotNewHipHop that his streaming numbers have not taken a hit. “Lmao that’s such a lie. 40% where ?!!” he wrote in a Twitter DM. “I have 27 million monthly listeners on Spotify currently.”

@torylanez tells #hotnewhiphop his music streams have not decreased.⁠ ⁠ According to recent reports, Lanez's streams plummeted nearly 40% since Megan Thee Stallion addressed Lanez as her shooter. ⁠ ⁠ Tory noticed these reports and decided to hit us up on Twitter.⁠ ⁠ Are you still listening to Tory Lanez's music? Let us know below.⁠ Photo: @gettyimages

During her Instagram Live last month, Meg accused Tory of shooting her for “no reason” after a Hollywood Hills party on July 12. “Yes, this ni**a Tory shot me. You shot me. And you got your publicist and your people going to these blogs lying and shit. Stop lying,” she said.

Megan suffered multiple gunshot wounds and had to have surgery to remove the bullets. She originally told the police that she cut her foot on glass in order to protect herself and the other passengers. Tory was arrested and charged for carrying a concealed weapon, but he may also be facing assault charges.