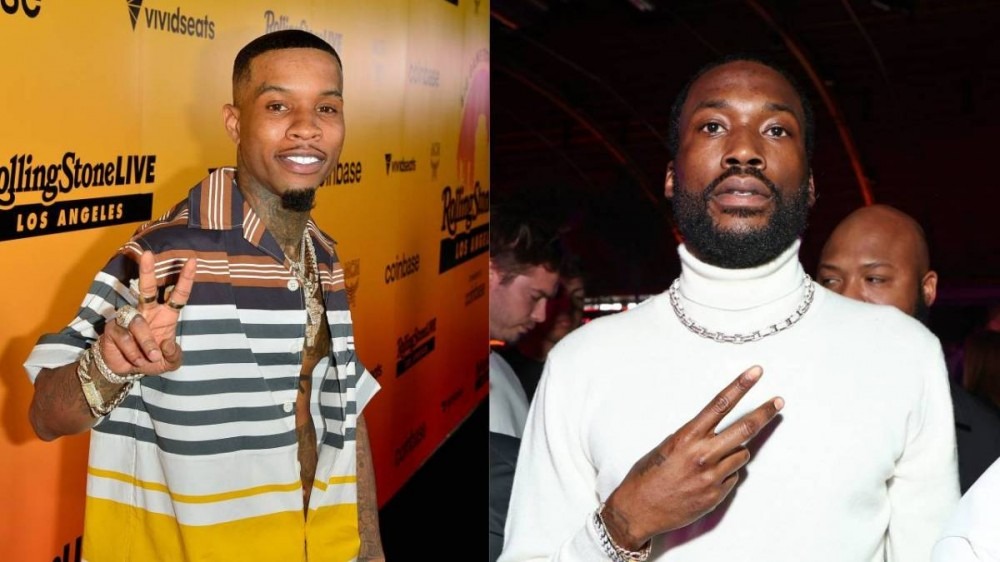 Tory Lanez may be free after violating a court order regarding his assault case regarding Megan Thee Stallion but in a recently surfaced single, the Canadian artist is still speaking out about his case, despite a judge’s order for him to remain mum. He’s also name-dropping former collaborators Kehlani and Meek Mill in the process.

On Friday (April 8), Tory Lanez released “Mucky James” on YouTube, airing out grievances which could potentially land him in more hot water with the judge.

He raps, “They try to blackball me for money, but I ain’t goin’ out/I told myself I’ll stop this bullshit and not speak up more … I can’t lie temporarily that bitch came and ruined shit/They can’t beliеve I’m back poppin’, I’m out here doin’ shit. Hеy, Tory, stop talking ’bout it, I wish I could but dawg /I’m only human, sometimes that shit be gettin’ to me.”

Addressing Meek in particular, he refers to their 2021 fallout after Meek Mill told him “I don’t fuck with you” on Instagram.

“Meek Mill, he used to be my dawg, he did some flaw shit to me,” Lanez raps on the track. “And when I brought it up, lil’ cuh wouldn’t even talk about it/Ain’t beefin’ with you cuh, I swear I’m more hurt than anything/I’m at this point in life where I don’t stress the petty thing/Sometimes I think ’bout Kehlani and how we ended things/When I express myself I know that I can choose my words lil’ better.”

Tory Lanez had promised fans would receive new music not long after he was released from police custody on Tuesday (April 5). After posting his $350,000 bail due to violating a court order, he told reporters he felt “amazing” and jumped on Twitter soon after.