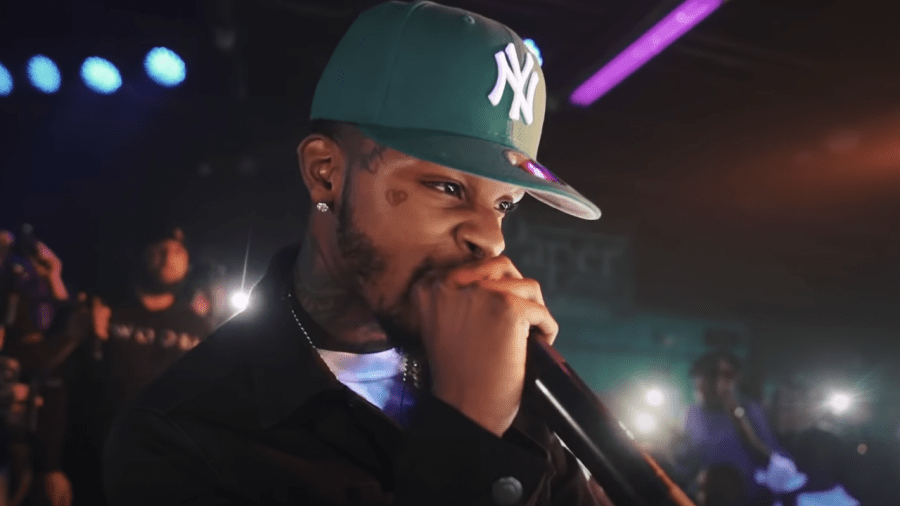 There was a time in Hip Hop when it didn’t seem cool for rappers to admit they were in love or a committed relationship. These days, rappers such as Lil Durk and G Herbo are much more comfortable embracing their significant others, going public with the relationship or rapping about them in their songs.

Toosii is not one to shy away from his relationship, and he’ll praise his woman any chance that he gets. Unfortunately, there’s still a slight stigma in Hip Hop that says relationships can hinder a career, but the 2021 HipHopDX Rising Star seemingly doesn’t care.

On Thursday (August 19), Toosii took to his Twitter to address people criticizing his relationship with Samaria. According to him, he loves her so much he’ll end his rap career if he had to choose.

“Mfs basically telling me being in a relationship hindering my career,” he tweeted. “Bro fuck this career i love my girl and if the world don’t like that shit i’ll stop making music.”

Fans were all in and supporting Toosii’s devotion to Samaria, but the Syracuse rapper might have jumped the gun too soon. The tweet was deleted and replaced with one that went against Toosii’s original sentiments.

“I won’t ever stop rapping i’m one of the only few real n-ggas left in this shit,” he wrote.

Toosii clearly has a lot of love for both his woman and his craft. People can’t blame Toosii for loving rap so much, though, especially after he’s joined a very exclusive group.

According to a press release from Capitol Music Group, Toosii’s music recently hit one billion combined global streams, and to celebrate he dropped a new song titled “head over hills.” He also added another gold plaque from the RIAA for his single “love cycle” earlier this year.