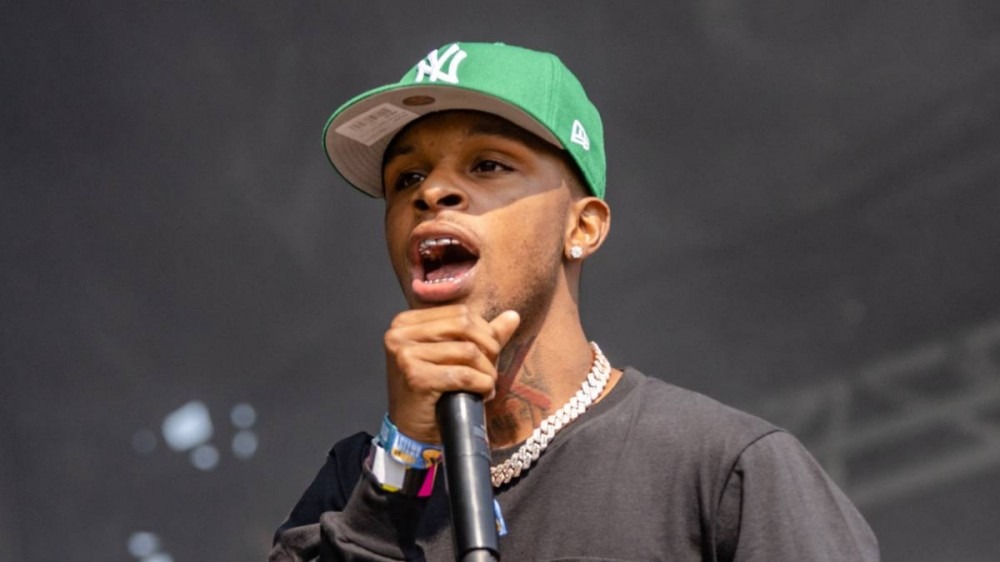 2021 HipHopDX Rising Star Toosii has seen his stock rise this year thanks to his Thank You For Believing mixtape, a spot in the 2021 BET Hip Hop Awards cypher and seeing his catalog surpass one billion streams.

But with that popularity comes unwanted moments — as Toosii discovered during a recent stop on his Thank You For Believing headlining tour.

In a video that has been circulating on social media, the New York-born, North Carolina-raised artist is seen running through his performance when a female fan in the front row extends her arm and strokes his crotch area.

But Toosii was having none of it. Without missing a beat, the “Sapiosexual” star swiftly brushed the fan’s hand away and carried on his set.

The footage lead to some social media users calling Toosii’s sexuality into question and joking about him being gay, which prompted the 21-year-old rapper/crooner to respond on Twitter.

“I see the video of me slapping the girl hand for trying to touch my private area surfacing,” he wrote on Tuesday (November 9). “I don’t know where the gay jokes started but i don’t feed into the internet. i’m a adult. i’m not into publicly embarrassing my girl.”

i see the video of me slapping the girl hand for trying to touch my private area surfacing. i don’t know where the gay jokes started but i don’t feed into the internet. i’m a adult. i’m not into publicly embarrassing my girl.

This isn’t the first time Toosii has showed his loyalty to his girl. Earlier this year, he announced he would rather quit music than ditch his girlfriend while addressing the narrative that his relationship is “hindering” his career.

“Mfs basically telling me being in a relationship hindering my career,” he tweeted. “Bro fuck this career I love my girl and if the world don’t like that shit I’ll stop making music.”

However, he later walked back his statement by writing, “I won’t ever stop rapping I’m one of the only few real n-ggas left in this shit.”

The trek comes to a close in Toosii’s adopted hometown of Raleigh, North Carolina on November 27. Check out the full tour schedule below.