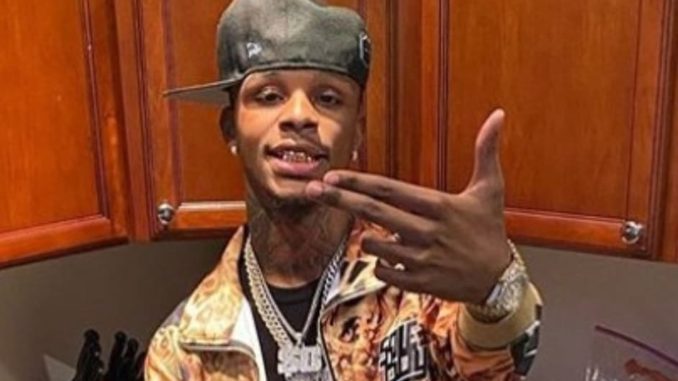 A clip of Toosii has been making its rounds across the internet. The video depicts the New York native performing on stage before a fan got the balls to grope the artist in his manhood.

In the video, Toosii’s response to the audacity was to push away the fan’s hand and walk to the opposite side of the stage to continue his performance, which many fans praised the singer for his reaction. Although some showed respect to how Toosii handled the situation, others on social media begin to joke about his sexuality insinuating that he could be gay because he pushed a woman away.

Once the “Love Cycles” singer got word of the jokes, he took to social media to address the situation. “I see the video of me slapping the girl hand for trying to touch my private area surfacing,” he began. “I don’t know where the gay jokes started but i don’t feed into the internet. I’m a adult. I’m not into publicly embarrassing my girl.”

Overall, it is best to not touch people without their consent. Check out the video of the moment here.