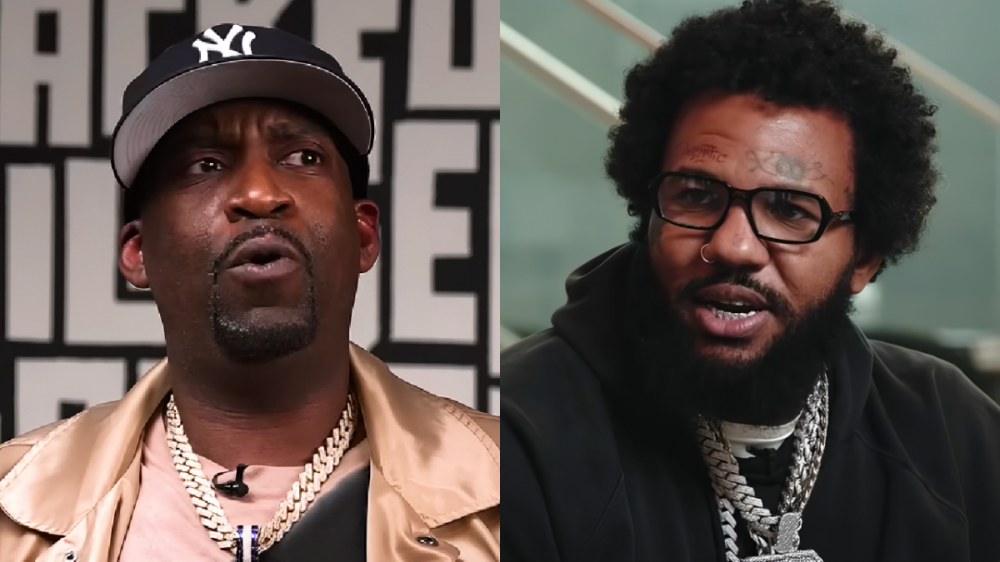 Tony Yayo had a heated conversation about The Game‘s friction with G-Unit on the latest episode of Math Hoffa’s My Expert Opinion podcast.

The South Jamaica, Queens native reflected on the Compton rapper’s tumultuous time in the group and admitted they squandered the opportunity to make even more money by breaking up. According to Yayo, G-Unit’s feud with The Game was inevitable, though, especially considering the animosity between the East Coast and West Coast.

“You gotta think about this. You got L.A. n-ggas blowing up an East Coast n-gga,” he continued, referencing Dr. Dre signing 50 Cent. “What you think n-ggas in the studio saying? We New York n-ggas. ‘You gotta blow up the West Coast. The West Coast the best coast, blood.’”

Yayo went on to blame jealousy behind the friction between G-Unit and The Game. According to the “So Seductive” rapper, 50 took care of everyone around him, but once the money started slowing down, that’s when problems arose.

“When shit goes sour and the money slow up, n-ggas start tripping,” he said. “Never bite the hand that feeds you. What’s up with loyalty, homie? You know the era n-ggas came up in, man. Loyalty is everything.”

Tony Yayo then tried to steer the conversation away from The Game, but Hoffa insisted on asking more questions to educate viewers on how a group should (or shouldn’t) navigate the music industry. However, Yayo grew irate and declared Game is not a part of G-Unit’s legacy.

“Y’all keep acting like Game is the real legacy of G-Unit,” he barked. “No, it’s Lloyd Banks, Tony Yayo and 50 Cent, n-gga. ‘Cause any New York issues that happened, I had to deal with when n-ggas pulled up. Understand?

“When I was on [Rikers Island], I had to deal with issues G-Unit had. I wasn’t in PC. No, n-ggas is real n-ggas. Game is on the West Coast, that’s his shit. We had to deal with Jimmy Henchman.”

The feud between G-Unit and The Game in the mid-2000s was a ticking time bomb that was ready to ignite at any moment. When 50 Cent began beefing with Fat Joe and Jadakiss for guesting on his rival Ja Rule’s 2004 hit “New York,” he expected his soldiers to stand beside him.

However, The Game felt that didn’t apply to him as he had no problems with Fat Joe or Jadakiss and declared he wasn’t going to war with them. 50 caught wind of Game’s comments and kicked him out of G-Unit during an interview on Hot 97.

The Documentary rapper attempted to address the situation with G-Unit minutes after the interview by entering the Hot 97 building, but a scuffle with security ensued that resulted in a member of Game’s team being shot in the leg. G-Unit reportedly was not involved in the skirmish and had already exited the building.

In March 2005, 50 and Game had an infamous press conference where they uncomfortably embraced each other and agreed to put their beef to rest. The truce didn’t last long, though, as the Unit continued to diss Game, leading him to launch his “G-Unot” campaign.

Almost two decades later, the beef continues to sizzle. 50 Cent and The Game recently threw shots at each other on Instagram after the Power mogul won an Emmy for the Dr. Dre Super Bowl Halftime Show, which The Game wasn’t invited to.