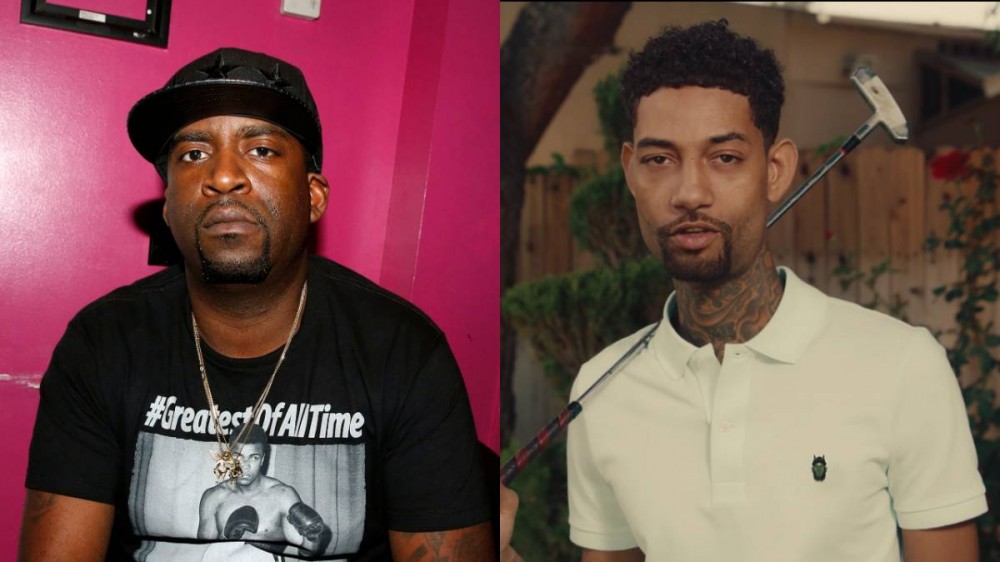 Tony Yayo has declared that “every rapper is a target” following the murder of PnB Rock earlier this week.

Speaking to VladTV, the G-Unit soldier said that Rock’s death should serve as a warning to other rappers. “If you a rapper you gotta think like a stick-up kid,” Yayo said, reminding Vlad about the time he told him if a rapper owns a nice car they better own a lousy car too.

“When you really think about it, every rapper is a target,” he continued. “You a target. I mean I came up with 50 Cent so it was different because he was a target before he blew. He got shot 9 fucking times. We was riding around in the burgundy mini-van with no AC…like to this day I don’t walk to my car fast or nothing because, yo bro, nobody is exempt from nothing. You ain’t see the feds run up in Trump’s crib? That should tell you…anybody can get it.”

He went on: “You know being around G-Unit there was a lot of stick-up n-ggas around us I ain’t gonna lie to you. So I seen the way they move and these n-ggas be hungry. So now a n-gga know in New York, know what a Richard Millie is, they know what an AP is. They know that that shit could change their life.”

Tony Yayo then beckoned to his jewelry. “I like change too, this chain cost a ticket,” he said. “But you know, I’m not just gonna. be in the middle of the hood, Compton or somewhere, or in the middle of the Bronx where mother fuckers are gonna be like Merry Christmas. ‘Cause that’s how a n-gga in the street think. When they see this shit, Merry Christmas, and it’s like as a rapper you gotta get this shit. It’s nice shit.”

He continued: “That’s just how the game go, when you a rapper you a target. Rest in peace to PnB Rock. I hate to see n-ggas go down in their neighborhood. I don’t wanna glorify this shit, you know? But my first Jacob watch, Fif told me beware a n-gga will blow your head off for that.”

PnB Rock was shot and killed on Monday (September 12) while dining at Roscoe’s Chicken & Waffles in South Los Angeles. Los Angeles Police Department Captain Kelly Muniz told the Los Angeles Times that when the suspected shooters entered Roscoe’s, they immediately pulled out a firearm and demanded jewelry from the rapper.

Investigators are currently sifting through security footage from inside the restaurant to hopefully identify a suspect.

Yayo is just the latest rapper to issue a warning to other artists following Rock’s death. Boosie Badazz took to Twitter on Tuesday (September 13) to remind his fellow rappers to always be armed while riding around The City of Angels.

“Every time u n LA KEEP YOUR GUNS N YOUR FINGER ON THE TRIGGER!!” Boosie tweeted on Tuesday (September 13). “BE READY TO SHOOT AT ALL TIMES!! KEEP YOUR HAND ON YOUR GLOCK (no safety) N SHOOT SOON AS YOU SEE HARM R ANYONE SUSPICIOUS!! They will rob n kill u ITS THE RAP MURDER CAPITAL #LA tip:to everyone lost they life n LA.”

This also isn’t the first time Tony Yayo has praised 50 Cent for keeping him out of trouble. In a recent interview with the Only Way Out Podcast, Yayo reflected on Pop Smoke’s death and 6ix9ine’s RICO case, adding that the only reason he was able to avoid similarly dangerous situations was because of key tips the G-Unit leader gave him when he was a young rapper.

“There used to be 14 guns on the bus like Bobby Shmurda and them n-ggas, we used to be running around like that,” Yayo said. “You gotta kinda be smart, you have a n-gga like Fif around that help us survive a lot of shit. ‘Cause he’ll be like, ‘Yo, if you gotta bring a gun, why the fuck you going? Just go party in my mansion I’m not even there. Just take over my mansion.”