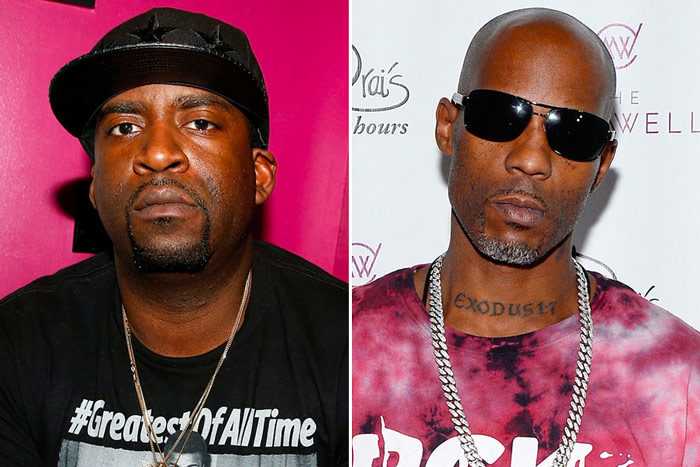 Tony Yayo is barking back at DMX.

Earlier this week, the Yonkers rap legend was discussing his favorite lyricists with Fatman Scoop on Instagram Live. When Scoop mentioned Lloyd Banks among his favorite MCs, X questioned his choice.

“Lloyd Banks? Lyricist?” X asked. “Quote four bars. Impress me with four bars of his. It shouldn’t be hard.”

Banks responded on Twitter before X realized he had made a mistake and confused him for his former G-Unit groupmate Tony Yayo. He issued an apology, while dissing Yayo in the process.

“It takes a real ni**a to admit when he’s wrong,” DMX wrote over a screenshot of Banks’ tweets. “My apologies to loyd banks I was thinking tony yayo when I was asked about banks. I fuck with banks!”

On Friday, Yayo finally responded to X’s diss. “Old ni**as and young ni**as clout chasing what’s the world Earth globe americas coming to,” he wrote on Twitter. “I guess you worry when stop talking about you.”

He also took aim at X, who has struggled with substance abuse in the past. “Dmx a crack head who cares what he think,” tweeted Yayo alongside the laughing emoji.

Old niggas and young niggas clout chasing what’s the world 🌎 coming to. I guess you worry when stop talking about you.

Dmx a crack head who cares what he think.😂