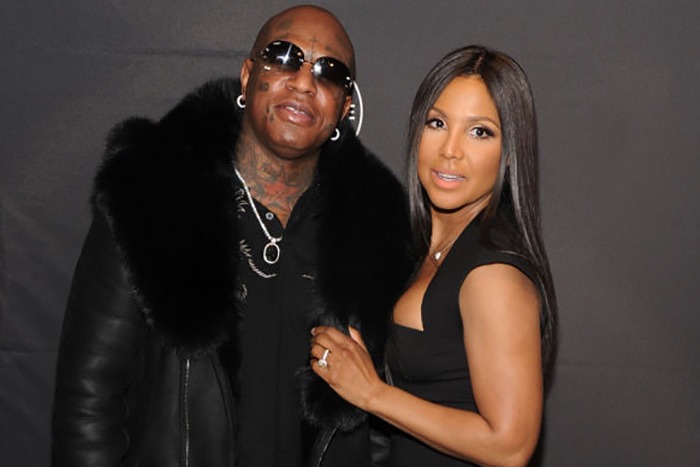 The R&B songstress and Cash Money mogul have announced plans to tie the knot this year. While speaking with the “Rick and Sasha” morning show, Braxton revealed that a wedding is in the near future.

“We have been going back and forth on wedding dates,” said the 52-year-old singer. “We had a great date but then it was getting too big, we didn’t want a big wedding. Then we said, ‘OK, we don’t want it too small.’ Then he said, ‘OK, let’s do the drive through.’ I’m like, ‘We are not doing a drive through. I’m not ordering fries after we get married, babe.'”

Added Braxton, “We’ve been trying to figure it out, but we are definitely gonna do it this year.”

The on-again, off-again couple, who have been friends for 18 years, began dating in 2016. They announced their engagement in February 2018 after Birdman proposed with a $5 million ring. That same year, Braxton said she was planning a Great Gatsby-themed wedding before the end of 2018.

But they decided to keep their relationship private after it became fodder on social media. “Sometimes people have too much of an opinion socially,” she said. “We decided we were gonna keep it a lot quieter.”

During a 2018 interview with Wendy Williams, Birdman gushed about his bride-to-be. “That’s my girl, my friend, my family,” he said. “That’s my love, my soldier, my life… She’s my life. I love her to death.”

Braxton returned to music this week with her single “Do It,” her first release as part of her new deal with Island Records.