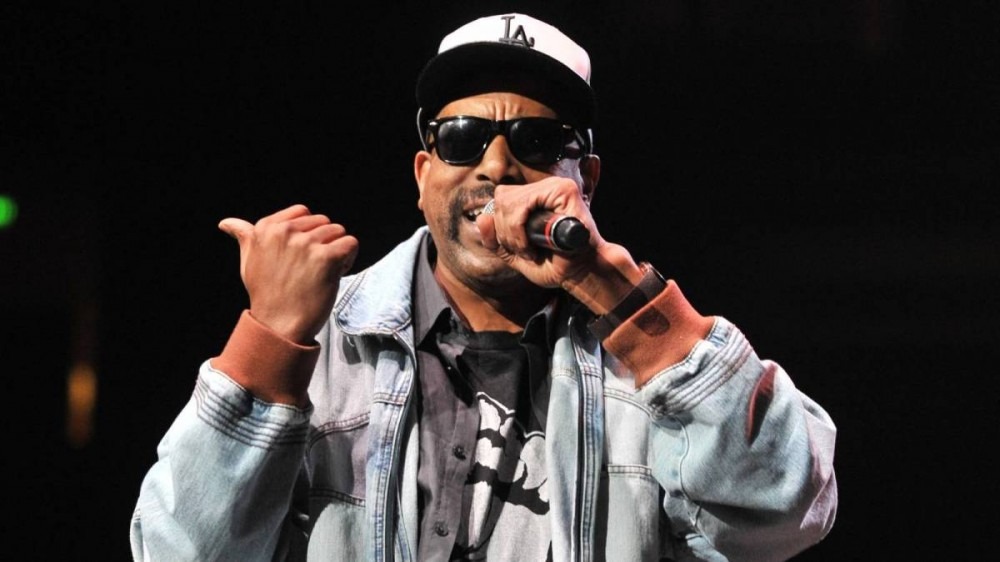 Exclusive – A distinct, powerful voice is an MC’s most valuable asset. When Ice Cube, Snoop Dogg, Eminem, Busta Rhymes, Q-Tip or Too $hort start rapping, it should be clear to any Hip Hop aficionado who’s on the mic. Tone Lōc has one of those voices. Widely recognized for the platinum-selling singles “Wild Thing” and “Funky Cold Medina,” the Delicious Vinyl artist was a pillar of ’90s Hip Hop alongside his partner-in-rhyme Young MC.

During a rare backstage interview with Young MC and Tone Lōc in Denver last month, the two living legends spoke about their rise to notoriety and how jarring it was as 20-somethings to be suddenly thrust into the spotlight. In particular, Tone’s voice is so distinguishable it was nearly impossible to fly under the radar — and still is today.

“It took me a moment to get used to it even a little bit,” Tone tells HipHopDX of adjusting to fame. “People would stare and I wasn’t used to the staring. And with me, I got an attitude problem as well. I don’t like people staring at me. And it took me a while.

“My brothers were like, ‘Oh, he might be staring at you for the records, man. Not because they think they’re tougher than you.’ It took me a long time. I’m even still like that sometimes.”

And while Tone Lōc’s unique voice is a blessing, it could also be a curse. As Young MC explains, “I feel bad for Tone because he could be across the restaurant ordering food, and people hear the voice and they point it out.” Tone Lōc had to adjust quickly. After all, he was never expecting the perks that came with fame — all he wanted was a car. In fact, he didn’t anticipate becoming famous at all nor did he imagine “Wild Thing” would be certified 2x-platinum and launch him into an entirely new universe.

“I didn’t have any idea on how to do fame or standing up with the microphone in front of the crowd — anything like that,” he says. “So for me, fame came quickly, the bottom line, because I didn’t intend for it to go any further than that. The traveling and going overseas and being able to just party like I wanted to party at that age and doing everything you want to be able to do? I’m like, ‘Wow.’

“That’s like a dream come true to a 23-year-old person, especially when I’d been trying to put the song out for the past three years. Then all of a sudden this thing is out and it’s going berserk. Next thing you know, you’re on a big MTV tour with Paula Abdul and Milli Vanilli, and a few other groups that I can’t probably remember. You’re doing shows with people like this and making movies and it was cool.”

Tone Lōc and Young MC are on the road as part of the I Love The ’90s Tour alongside Vanilla Ice, All 4 One, Coolio and Kid ‘N Play. The longtime friends and collaborators co-wrote “Wild Thing” and “Funky Cold Medina,” but people are constantly asking Young MC why he decided not to perform the songs himself. Again, it came down to Tone Lōc’s inimitable voice.

“I wrote it for his voice, and I wrote the cadence for him,” Young MC says. “A classic conversation that him and I had was , ‘Tone, if this blows up, what do you think?’ He said, ‘Oh man, if I can just get money to get a car, 30 grand to get a car’ — that’s all we wanted. And I said, if I could just pay off my student loans, and this was before it even went gold. Let alone, quadruple platinum. He wanted a car. I wanted to pay off my student loans and then we’ll see what happens after that.”

Tone adds, “We weren’t that concerned on having big records. We were basically concerned on the little stuff. I wasn’t expecting to be a star. Not a star, excuse me, let me collaborate to me a high rank type of entertainment. I mean, that was out of the question. I didn’t even think about. We still had our Plan B basically together.”