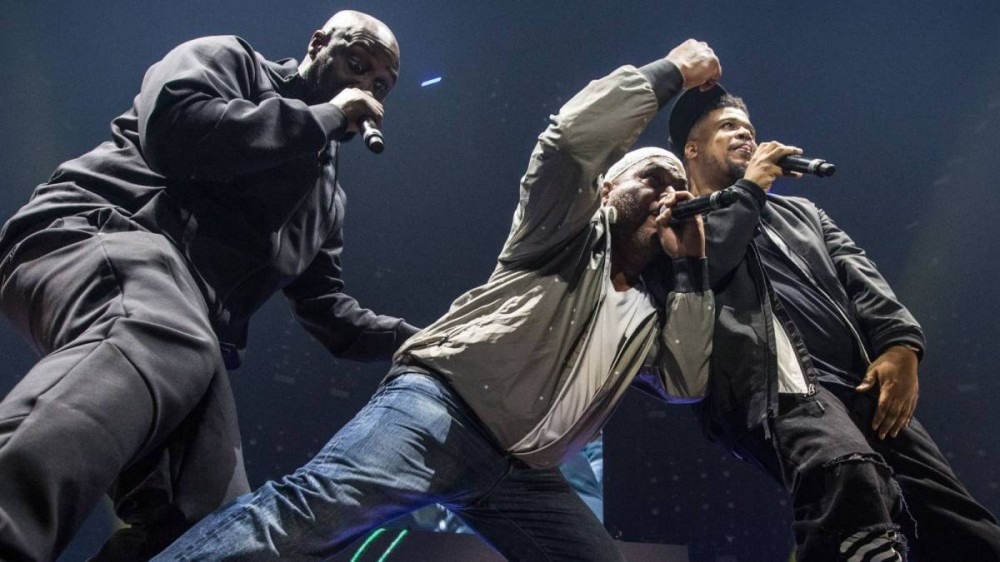 According to Variety, the deal consists of more than 6,000 masters, including Hip Hop staples such as Coolio’s “Gangsta’s Paradise,” House of Pain’s “Jump Around” and Afrika Bambaataa & The Soulsonic Force’s “Planet Rock.”

But what about De La Soul’s catalog? Since parting with Tommy Boy, they’ve been locked in a contentious battle with the imprint over their masters, which came to a head in 2019 when the group publicly called out found Tom Silverman for his alleged shady business practices.

At the time, Maseo, Dave and Posdnuos revealed negotiations between the two parties had resulted in 90 percent of De La Soul’s streaming revenue going to Tommy Boy and 10 percent to the group, a deal they weren’t going to accept. Subsequently, The Roots’ Questlove kicked off the #TommyBoycott hashtag while De La Soul implored fans not to stream any of their Tommy Boy records.

But with new owners in place, it looks like De La Soul’s long, arduous fight to get their music on streaming services is coming to an end. A spokesperson for Reservoir said, “We have already reached out to De La Soul and will work together to the bring the catalog and the music back to the fans.”

Naturally, the new business venture was music to De La Soul’s ears. Shortly after the news broke on Friday (June 4), the group issued a statement to Instagram that read, “Woke Up Feeling A Sense Of Greater Peace Of Mind.” Pos jokingly wrote, “I wonder why…”

In an exclusive interview with HipHopDX, Maseo talked about how emotionally draining the war with Tommy Boy had been for the group. Silverman, who Maseo says has “always been pretty much an unfair business man,” previously owned all of De La Soul’s masters and Pos, Dave and Mase were well aware there was only so much they could do legally.

“At the end of the day, we all take a hit whether we are the good guy or the bad guy in the situation,” he said. “I was careful enough to say it’s not everybody. All we ask is to be fair. For what we’ve been able to sustain … look, Tom lost the catalog. And losing the catalog, I could have potentially lost my career. Between now and then, look what I’ve been able to sustain.”

But he did admit, “There’s been a lot of pain and suffering through this. To even take care of my family, I had to tour like a mother fucker. Do you know all the things I’ve missed because of shit like this? I’m not substantially living the way as it appears to be.”

Over the past 30 years, Maseo has learned some valuable lessons when it comes to the music industry. After all, Pos, Mase and Dave were barely out of high school when they released 3 Feet High and Rising and had no idea what they were getting into back then.

“When you reflect on all of it, it was a 12” deal that lead to another 12” that led to an option of three more options contingent on how the first one would go and what they thought the success would be,” he said. “The lawyer at the time, J. Kramer, we used him based on just following the lead of Stetsasonic and KRS-One. KRS used to always say his name in his music.”

He continued, “At that time, you’re just learning who’s been burned in the business prior to your entry and the things that have gone on in not just Hip Hop but also music in general. These are things we were aware of coming up. Take care of your business. Hire a lawyer. Even to this day, we can read the contracts all day long, but theres’s legal jargon.

“I didn’t go to school to become a attorney. You just hope your attorney is on your team. The thing is, everybody is in business for themselves. As we learned over the years, they are more with the labels than the artists they rep. It’s like a good ol’ boys club.”

When asked for a statement, a rep for Tommy Boy told DX, “No comment.”