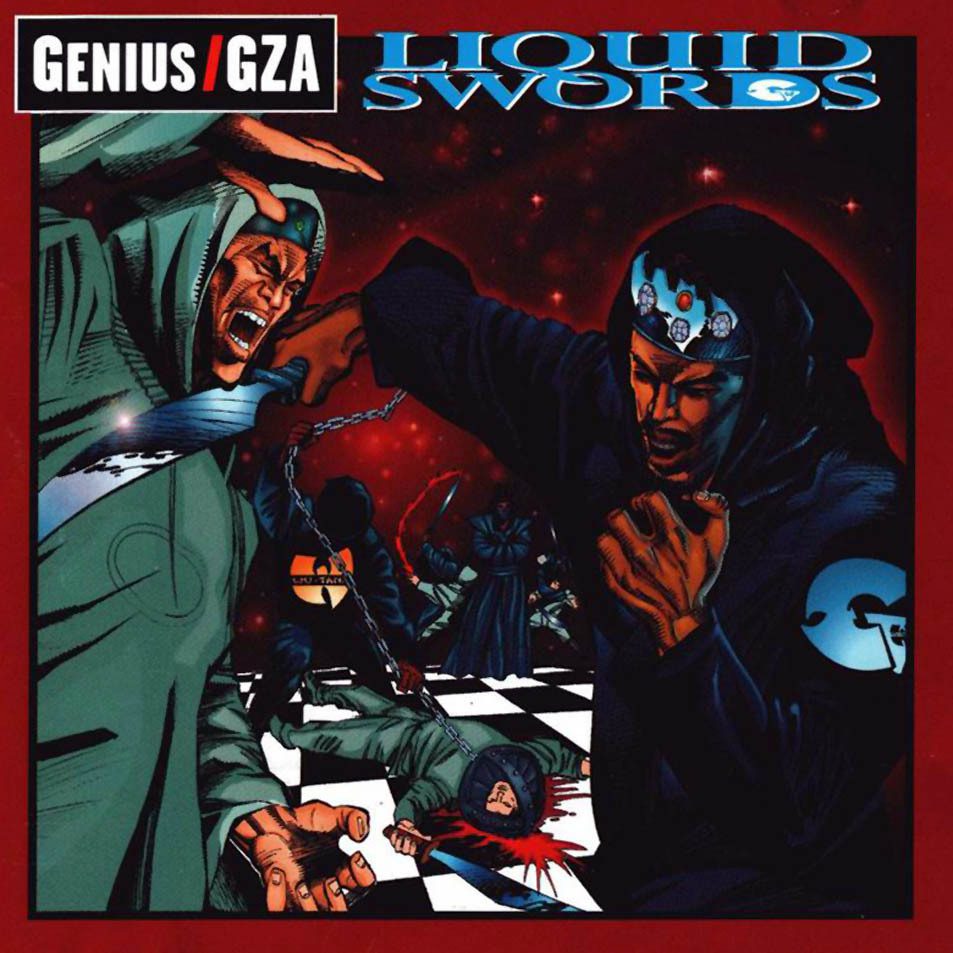 On this date in 1995, the head of the Wu’s “Voltron” released his first solo LP under the moniker “the GZA”.

“We form like Voltron and GZA happens to be the head.” -Method Man

After appearing as the closer on the Wu Tang’s premiere single “Protect Ya Neck” and dropping his own solo joint “Clan In The Front” on WTC’s classic Enter The 36 Chambers LP, The Genius, who changed his name to the GZA after the formation of the Wu Tang Clan in 1992, fulfilled the expectations of a solo album with Liquid Swords, which was released 27 years ago today.

This should not, however, be confused with the first solo album Words From The Genius, which was released under the alias “The Genius” before his claim to fame with Wu Tang.

With in-house album cover art of a war-torn chessboard from Wu Tang DJ/Producer Allah Mathematics along with Milestone Media creative director Denys Cowan and released on Geffen Records, the debut album of one of WTC’s founders was recorded in RZA’s basement, as was the rest of the early Wu projects including Meth’s Tical and OB4CL. It also featured all of the original members as well as introduced some of the supporting members of the Killa Bees including Killah Priest, Dreddy Krueger and Allah Life, who sung the hook on “Cold World”. Other smash singles from this album include “Labels”, “4th Chamber”, “I Gotcha Back” and the timeless title track.

Salute to the GZA for one of the most formative concept albums in Hip Hop during the 20th century.