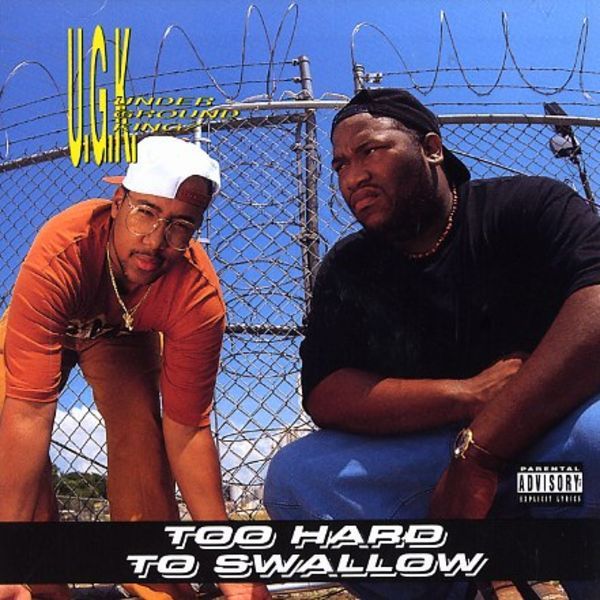 On this date in 1992, Bun B and Pimp C put out their first studio release Too Hard To Swallow and began their extremely successful career as Underground Kingz.

With UGK (short for Underground Kingz) being one of the first rap groups to come out of Texas to be regarded nationally, it’s easy to see how important it is to the South. At this time in the early 90s, there wasn’t much coming from anywhere other than New York or California. The only southern rappers that had hits were fellow Texas natives Geto Boys and Miami-based rappers 2 Live Crew. When this album dropped, it opened up a door for a whole new wave of southern rap to emerge.

Unlike the funkier, sample-heavy beats that UGK became known for rapping over later in their career, this album is true to its name as far as its production. The beats are a lot more aggressive and so is the lyricism. Nevertheless, this album is full of hits that are considered classics of the group’s catalog. These three tracks are “Something Good”, “Use Me Up” which hails a Bill Withers sample, and “Pocket Full of Stones”, which appeared on the soundtrack to the 1992 hood classic, Menace II Society.

The album was recorded over a year period from 1991 to 1992 and released on November 9th, 1992 under Jive Records, the early 90s powerhouse label hosting acts such as E-40, A Tribe Called Quest, R.Kelly, and the late Aaliyah. The album has so far sold 369,511 copies and peaked at 37th on the Billboard US R&B Charts. After this album, UGK went on to put out five albums until the untimely passing of member Pimp C in 2007.