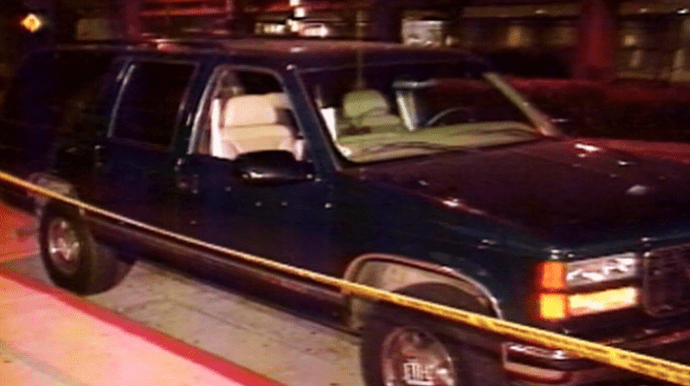 On this day in 1997, Brooklyn native and Hip Hop legend Christopher Wallace, a.k.a. The Notorious B.I.G. or Biggie Smalls was shot and killed in a drive-by shooting in LA. 25 years ago

Wallace left Puff Daddy’s Vibe Magazine party in a GMC Suburban SUV that stopped at a red light at the corner of Wilshire Boulevard and South Fairfax. While stopped a Chevrolet Impala SS pulled up beside him and his entourage. According to witnesses, a black male dressed in a blue suit and bow tie rolled down his window and shot Biggie four times and he was pronounced dead at 1:15 a.m. at Cedars-Sinai Medical Center.

After years of investigations and conspiracy theories as to who killed Biggie and why, no one has been brought to justice to answer for Wallace’s death. Former LAPD Detective Russell Poole fought vigorously, even sometimes against his own peers, to get to the bottom of his untimely death. Poole died from a heart attack on August 19, 2015 while discussing the Tupac Shakur and Wallace cases at the Los Angeles County Sheriff’s Department.

The legacy B.I.G. left behind is embedded in Hip Hop culture officially two decades later and will continue to influence the community as his family and friends share his story.