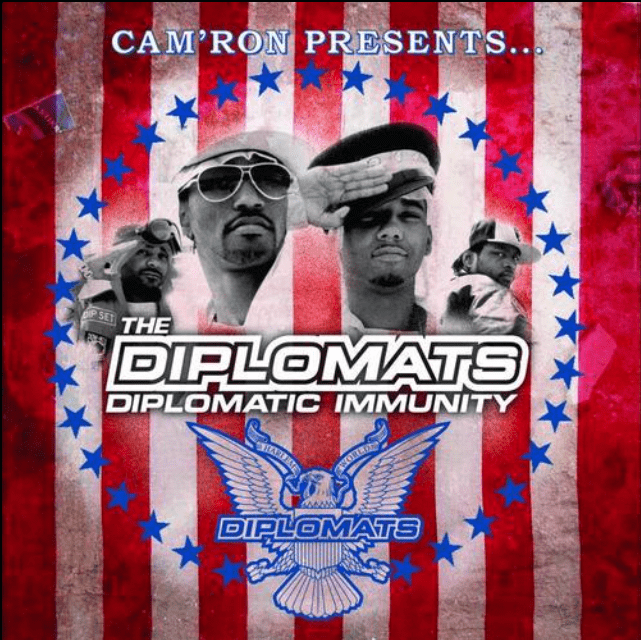 On this date in 2003, Cam’ron’s crew from Harlem, The Diplomats, dropped their debut album Diplomatic Immunity on the Roc A Fella Records/Def Jam imprint during the pivotal time when Dame Dash appointed Cam’ron as the President of Roc-A-Fella Records.

Coming on the heels of the release of Cam’s Come Home With Me LP, Diplomatic Immunity introduced the entire Dipset squad, including Juelz Santana, Jim Jones, Freekey Zeekey, Un Kasa, and Hell Rell. With production from the likes of Heatmakerz, DR Period, and a then virtually unknown Kanye West, the trailblazing sound of old soul samples pushed Dipset to the forefront of the creative curve of Hip Hop, which offered the Blood-affiliated crew from Uptown an almost cult-like following. Rell was incarcerated by the time the album was available for purchase.

The album was saturated with longstanding hits such as “I Really Mean It,” the infectious “Dipset Anthem,” the female-friendly “Hey Ma,” and the Master P assisted “Bout It Bout It…Part I “. Commercially, the album was considered average, debuting at #8 on the Billboard 200 and selling 92,000 copies in its first week, but the album was certified Gold by the RIAA in 2005.

Salute to Cam, Juelz on the inside, Jim Jones, Freekey, and Hell Rell for this classic piece of Hip Hop history!