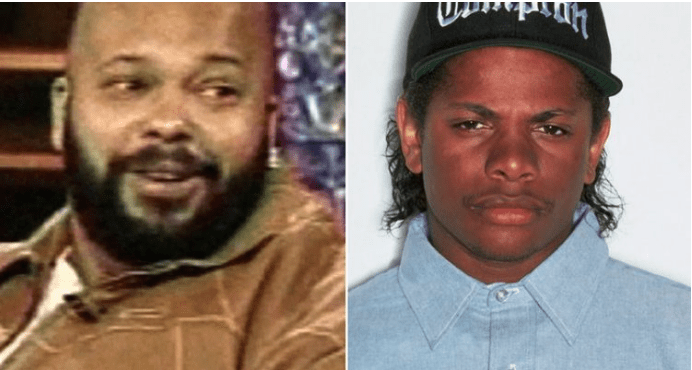 Today in 2003, former Death Row CEO Suge Knight appeared on Jimmy Kimmel Live! after his nine-year prison bid and made a shocking insinuation about the AIDS-related death of N.W.A. and Ruthless Records founder Eric “Eazy-E” Wright in 1995.

Kimmel and his crowd jeered and cringed as Knight chuckled at his cruel joke, while the late-night talk show host played it off with a one-liner about the terror level going up a notch after Knight’s mention of the gangsta rap pioneer.

The former Death Row CEO landed himself back in prison a decade following this interview. Karma is a bitch,