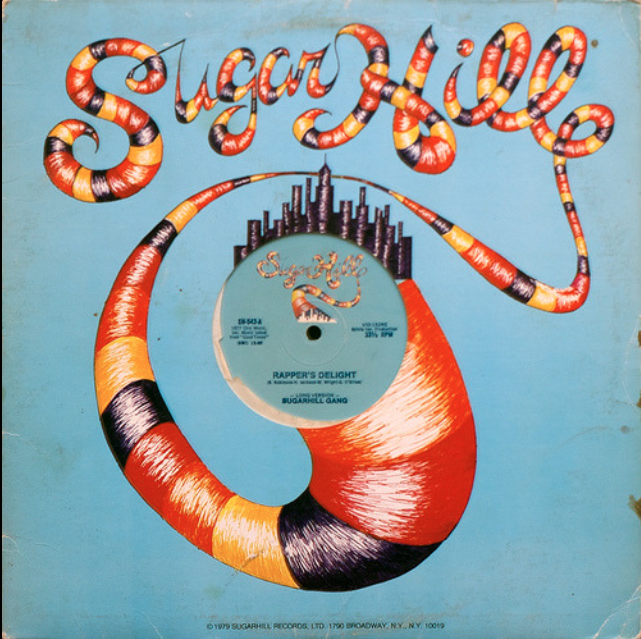 On today’s date, 43 years ago, Hip Hop’s first Billboard Top 40 single, “Rapper’s Delight,” was released by Englewood, New Jersey’s Sugarhill Gang. As one of  Hip Hop’s earliest relics, this single, written by The Cold Crush Brothers’ own Grandmaster Caz, is credited with bringing the art of rap to a multicultural mainstream audience.

In the ’70s, disco and soul still reigned supreme in the clubs and lounges of the country’s urban centers. In its most primitive form, Hip Hop was still misunderstood (and exclusive to New York City and California). Breaking, tagging, rapping, and spinning records were widely recognized as the borderline criminal activities of whatever city’s urban youth. The culture’s cult following was majority made up of housing project residence, the type to not frequent the discos and bars of their respective downtown centers. Every once in and awhile, someone would drop a single that would break through and get some shine on the club scene but never make much of a splash nationally. “Rapper’s Delight” was a different story.

On September 20, 1979, new wave bands Blondie and Chic were playing a concert at New York’s renown Palladium with British punk rock band The Clash; Hip Hop’s earliest socialite (and soon to be television host) Fab Five Freddy was on the scene with Sugarhill Gang members Big Bank Hank, Mike Wright, and Master Gee. Having just released a single featuring Chic’s hit single “Good Times” from their recent international album Risqué, it was natural for the gang to hop on stage and start freestyling as soon as Chic dropped the bass line.

Sometime later, Chic’s Nile Rodgers was out at New York’s Club Leviticus and heard a recorded cut of the very song The Sugarhill Gang ever-so-delightfully interrupted his concert weeks earlier. Enraged, Rodgers immediately sought legal action and attempted to sue the Sugarhill Gang for using his band’s instrumental in their single. The lawsuit was settled out of court, and appropriate credit was given to Chic in their part of the song.

With the lawsuit and legal attention came a swarm of popularity. Disc Jockeys in clubs across the country began to spin this record every night of the week. The single gained so much play in the United States that clubs across the globe began to push this song like no tomorrow. Although the single may have peaked at #36 on the Billboard 200, it was #1 in Canada and the Netherlands, #2 in Belgium, France, Norway, Sweden, Switzerland, and #3 in Germany and the UK. This single song sold platinum in both the United States and Canada, with over 5 million copies sold worldwide.

“Rapper’s Delight” may be the most important single of Hip Hop culture. It didn’t event style, it wasn’t the first to gain mainstream success, it wasn’t even from New York, but it was the biggest of its time. What “Rapper’s Delight” did was make it “ok” to listen to and support rap music out in the open. Before this single, Hip Hop was an urban taboo. Upon its release, the connotation transformed from one synonymous with the ghetto to a new and hip musical genre. In a way, “Rapper’s Delight” gentrified Hip Hop in a way that made it profitable. Without it, the culture would not be a powerful as it is today.