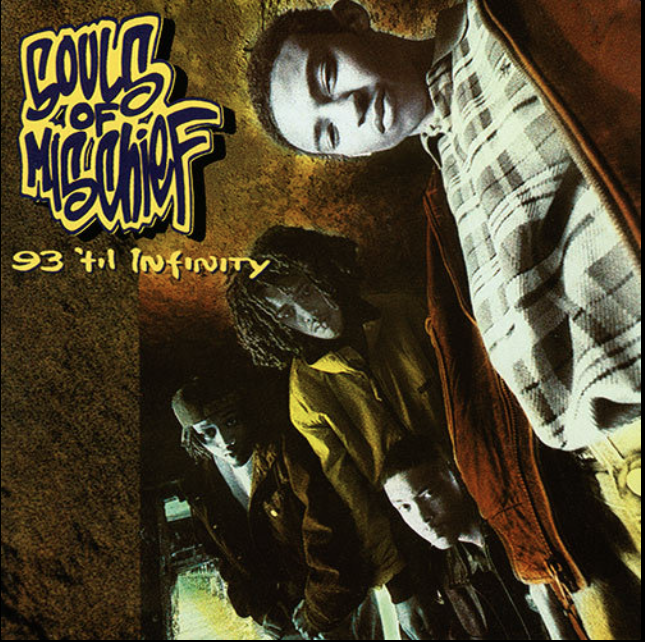 On this day in Hip Hop history in 1993, Oakland trio Souls of Mischief released their underrated debut album 93 Til Infinity. Hailing from Oakland’s Hieroglyphics camp, which is led by Del Tha Funky Homosapien, these conscious adolescents put together an LP that, despite their “inexperience”,  held it’s own against the work of East Coast artists thriving in New York’s backpacker, boom-bap scene. After a quarter of a century, this album is regarded by real Hip Hop purists as a classic.

Quietly peaking at #84 on the Billboard 200 chart, this album is the crown jewel of the Hieroglyphics collective and ranks among some of the most timeless albums of the time. Critically, this album was highly regarded by journalists and other artists as well. It’s a genre-defying subject matter, jazz, and funk-infused production, and unique style apart from anything else in California made this album stand out (even if it didn’t have the sales to show it). The majority of the album’s success was a result of its lead single “’93 til Infinity” which peaked at #72 on the Billboard Hot 100.