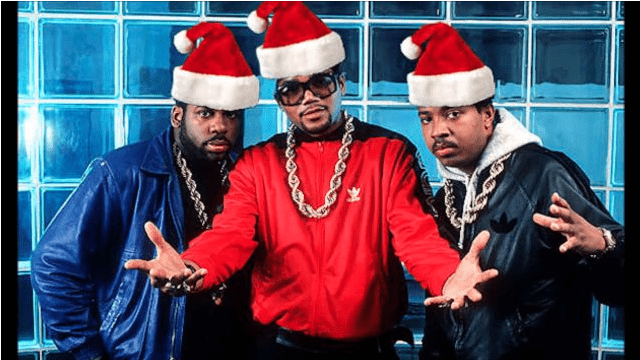 On this day 34 years ago, Run-D.M.C. released their holiday-themed single “Christmas in Hollis”. The song was originally featured on the star-studded charity compilation album, A Very Special Christmas alongside the likes of Whitney Houston, Madonna, and Stevie Nicks to name a few. Produced by Run-D.M.C. and Rick Rubin, this track has become a Christmas favorite among Hip Hop fans everywhere is that it is one of Hip Hop’s first mainstream holiday single.

In Hip Hop music, it is hard to find an artist who would be down with recording a Christmas themed single for a commercial cause. Even Run-D.M.C. was opposed to the idea. D.M.C. spoke out saying:

“Nope. We’re not doing it. That’s what they try to do to Hip Hop. They commercialize you and try to make you corny,”

When asked to record “Christmas in Hollis”. Eventually, they warmed up to the idea and paved the way for a whole new seasonal branch of Hip Hop that fans across the world have come to enjoy. In honor of this day, we have compiled a list of the top five holiday songs in rap music.