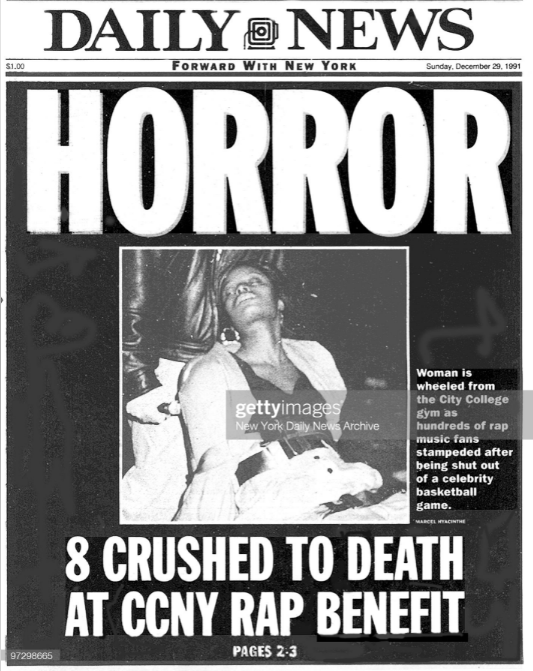 Most people know about Diddy, the man who discovered the Notorious B.I.G., Mary J. Blige and founded Bad Boy Records, but very few know of Puff Daddy, the party promoter who had a rep for packing places to capacity, which proved to be a fatal mistake on this date three decades ago at NYC’s City College in Harlem.

On this date in 1991, Puff and Heavy D(RIP) combined forces and organized an AIDS fundraiser basketball game, which would attract thousands. The list of performers boasted the likes of Big Daddy Kane, Run-D.M.C., Jodeci, Boyz II Men and others, who never had the opportunity to perform because once some of the ticket holders were denied entry into the City College gymnasium more than an hour after the game was set to begin, pandemonium broke loose.

As more than 3,000 tried to cram in the already capacity-filled gym, nine people were trampled to death, while 29 other people reported injuries. Even though Diddy will always be saluted for his contribution to Hip Hop culture and Black excellence in general, this day in Hip Hip history will certainly be one that he will never forget.