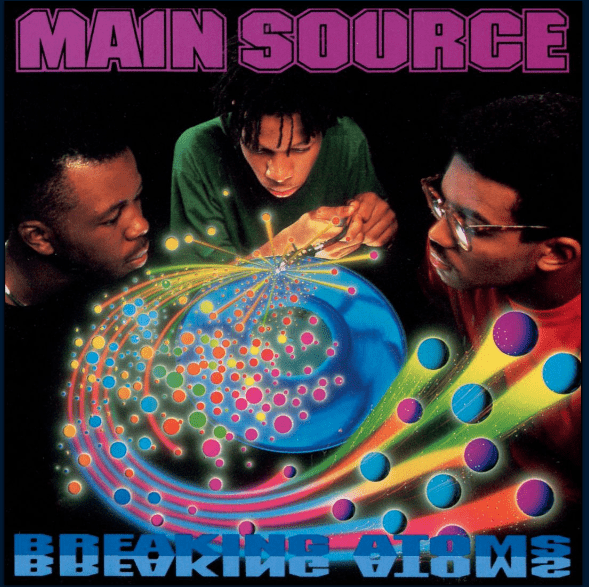 On this date in Hip Hop history, Main Source, which included DJs Sir Scratch, K-Cut, and rhyming extraordinaire and production master Large Professor, dropped their debut album Breaking Atoms in 1991 on Wild Pitch Records. It was also the final album of the original trio with the two Toronto DJs and the Corona. Queens emcee.

Breaking Atoms was also the first project where then Queensbridge Projects lyrical prodigy Nasir Jones aka Nas, who appeared on the ever-classic “Live At The BBQ”. Other classic cuts from that album include the break-up story “Looking At The Front Door”, the never-ending issue of police brutality on “Just A Friendly Game Of Baseball” and the visually-driven “Just Hangin’ Out”. Originally given a four and a half mic rating, Breaking Atoms received the coveted Five Mics in The Source Magazine‘s commemorative 150th issue.