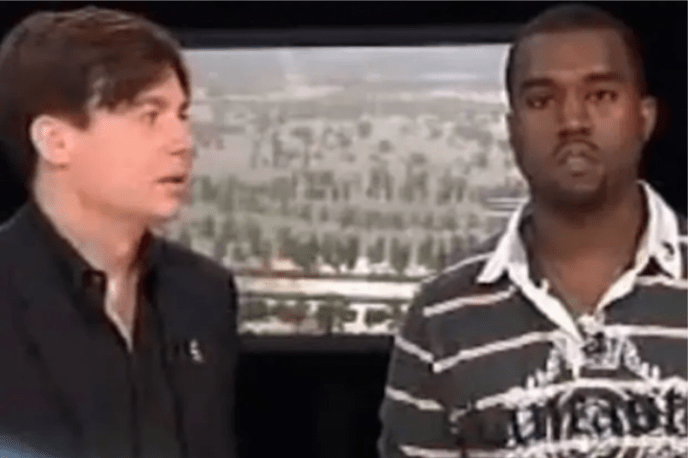 Everyone remembers where they were when Kanye West dropped a bomb of a comment on the Katrina Telethon, on Live Television. “George Bush doesn’t care about black people,” which caught every viewer and listener off guard, including Mike Myers, the famous comedian standing next to him. It was sixteen years ago, but the effect and power of those seven words and Myers’ shocked face are still going strong.

Re-watch the infamous moment in a video below. Kanye’s words seem to still ring true today, do you agree?

At a time when the country is facing another dose of a record breaking hurricane, let’s see if Yeezy feels the same way about Biden.