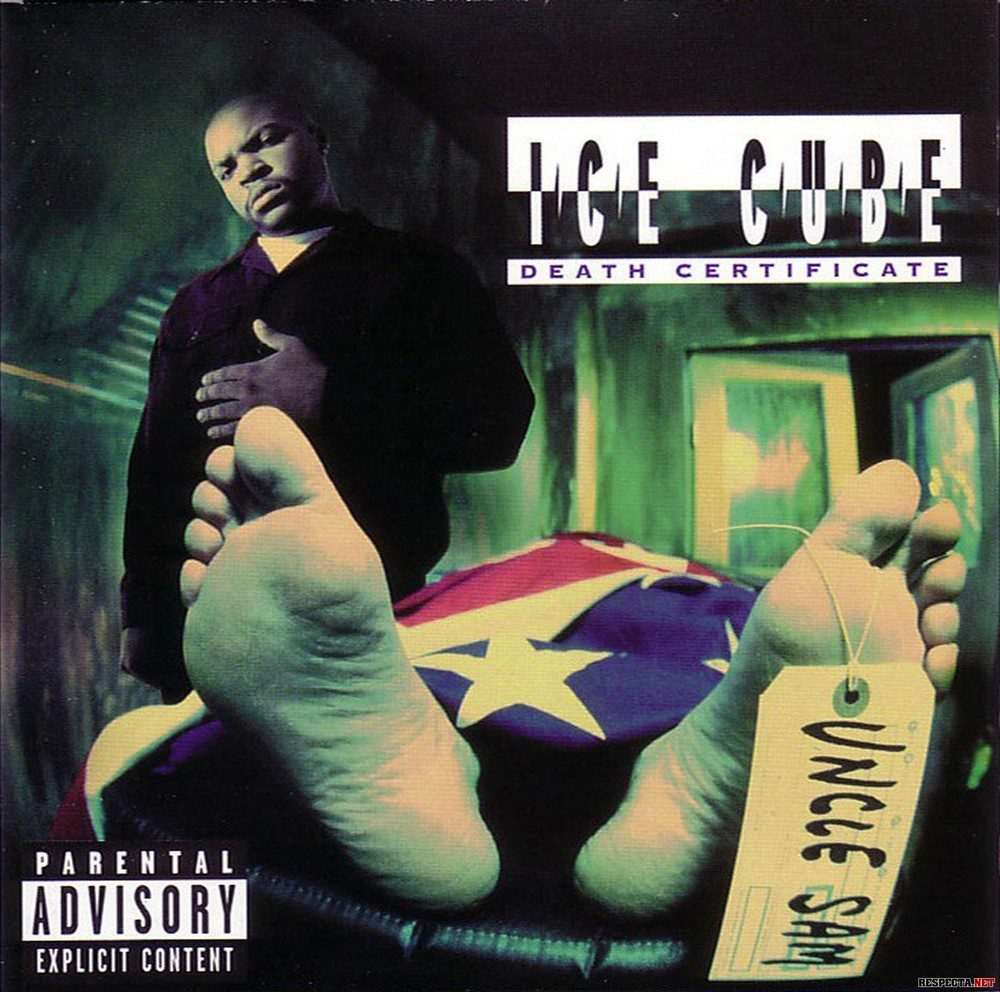 O’Shea Jackson, better known to the world as Ice Cube, made a lot of people mad when he was fed up with the bs and released this scathing album, appropriately entitled Death Certificate 30 years ago on this date.

The album cover itself speaks volumes. A Caucasian corpse with a toe tag that reads “Uncle Sam” draped with the stars and stripes with the recently self-made solo artist pledging allegiance is as anti-establishment as you can get. Not only had Ice Cube been freed from his situation with the legendary Niggaz Wit Attitudes, but he had also been released into a sea of information that would make his metamorphosis from a mere emcee and rhyme writer of a “gangsta” rap group to an unparalleled entertainer unlike anyone else. The LP’s insert is just as powerful as the cover, with Ice Cube and his Lench Mob crew doing the knowledge to the Nation Of Islam’s Final Call newspaper.

One of the most memorable tracks from Death Certificate is, of course, the infamous “No Vaseline” aimed at Eazy-E, Dr. Dre, Ren Yella, and their financial arm Jerry Heller. In the song, Cube spits darts like, “..lookin like straight bozos/ I saw it comin’ that’s why I went solo/ and kept on stompin’/ while y’all motherfuckers moved straight outta Compton..” and went straight at Heller’s neck with rhymes like, “..it’s a case of divide and conquer/ ’cause you let a Jew break up my crew/ house nigga gotta run and hide/ yellin’ Compton, but you moved to Riverside..”. N.W.A. never recovered from Cube’s blow, which made this record the ultimate diss record of all time. Ice Cube’s continued success which is still evident today, is just the icing on the cake of how he “dropped four niggas, now he’s makin’ all the dough.”

The Source sends a supreme shout out to Cube, the Lench Mob (you too Kam), Dr. Khalid (RIP) and everyone else involved with this timeless classic!