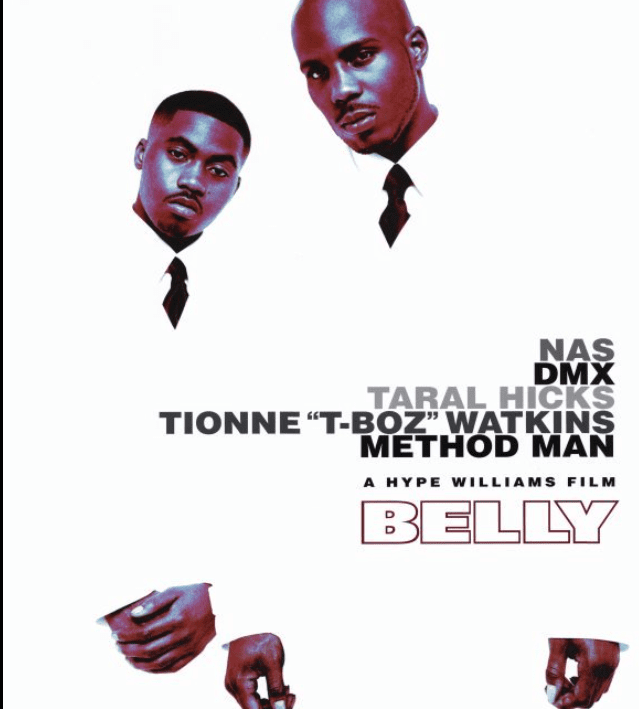 On this day in film history, Hype Williams’ 1998 masterpiece Belly was released in theaters. Starring New York legends Nas and DMX, Belly follows the life and times of Tommy Bunds (DMX) and Sincere (Nas). The two get by as run-of-the-mill professional criminals ducking and dodging their way to their idea of a better life. While DMX’s character is fine with continuing to stick-and-move and stack as much money as possible until it catches up with him, Nas’ role is looking to better himself and move his family ‘back to Africa’.

Although the movie may have been poorly received by critics across the board, this movie helped shape a generation. Hype Williams’ portrayal of this side of rap culture electrified not only those who were experiencing the themes of the film; but, it reached the millennials who were soon to take the reigns of pop culture. Films like Belly created an image that was directly emulated by the next generation of rappers. Without its influence and appeal the lifestyle led by artists like Jay-Z, Dip Set, and even A$AP Mob might have not have been as glamorized.

The film also spawned one of the greatest Hip Hop movie soundtracks of all time, featuring tracks from D’Angelo, Mya, Raekwon, N.O.R.E., Jay-Z, Beanie Sigel, Memphis Bleek, Wu-Tang Clan, and the film’s stars. The soundtrack peaked at #5 on the Billboard 200 and #2 Top R&B/Hip Hop chart making it one of the highest-charting Hip-Hop film soundtracks to date. The album’s sole single “Grand Finale” featuring Nas, DMX, Method Man, and Ja Rule peaked at #63 on the Top R&B/Hip Hop singles chart.