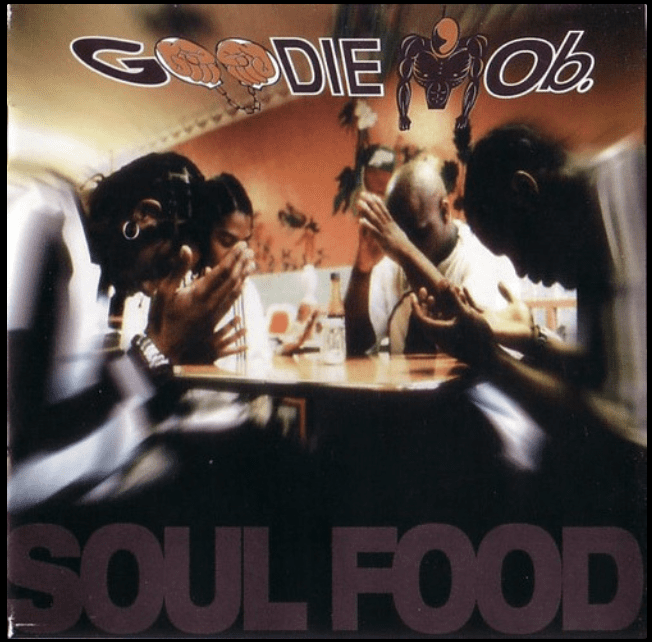 On this day in Hip Hop history one of Atlanta’s oldest collectives, Goodie Mob, stepped on the scene with their hit debut  Soul Food. As the second release by Georgia’s own Dungeon Family collective, Soul Food confirmed that the south truly had something to say.

In the early 90’s, southern Hip Hop’s appeal was purely commercial. Club anthems and summertime jams monopolized the southern air waves, not allowing any room for the conscious to make much headway between the NoLa bounce, Miami bass, and Houston’s Chopped and Screwed sub-genres. What made Goodie Mob stand out was their ability to build on the style created by close co-conspirators, OutKast. That innovation coupled with the collaboration with LaFace‘s own production powerhouse Organized Noize, Goodie Mob was able to create one of Atlanta’s first hit albums.

Soul Food was the world’s introduction to the ‘dirty south’, with the household term being first coined on this album. Musically, Goodie Mob was a synthesis of southern gospel, jazz, blues, with a touch of Atlanta’s signature marching band sound. As lyricists, the crew had a righteous gangster appeal with very by-any-means-necessary undertones. Their poetic and harmonic style allowed them to play as a voice of the south sonically and through their subject matter.

Commercially, the album was a success from the otherwise unknown group. Within the first few months of its release, the album had both been certified as gold by the RIAC and sold over 500,000 copies in the United States. The album’s singles, “Cell Therapy”, “Soul Food”, and “Dirty South” all became southern classic making The Top 10 Rap Singles chart. The album itself peaked at #43 on the Billboard 200 chart and #8 on the Top R&B/Hip Hop Albums chart.