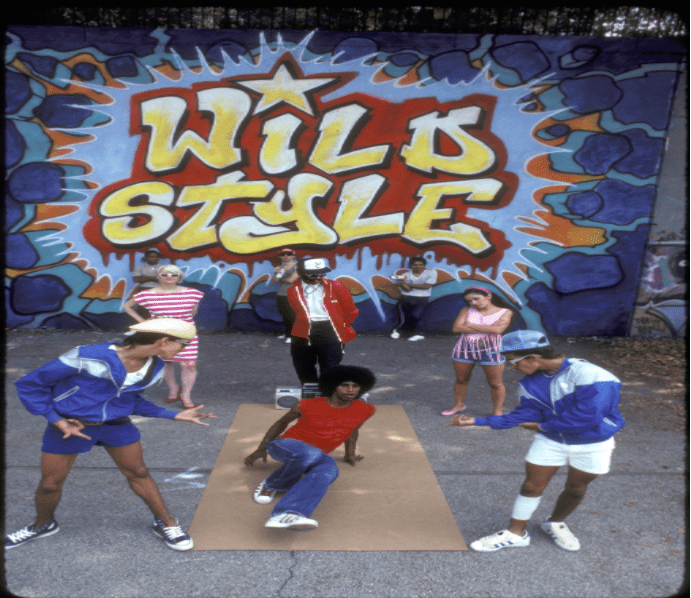 Wild Style is arguably the very first movie and one of the very few that shows the true essence of what Hip Hop is about. When Hip-Hop was being passed off as a fad that wouldn’t last beyond “Rapper’s Delight,” a vivid reenactment of the introduction of this artistic culture to the world was made. In 1983, film director and cultural artist Charlie Ahearn premiered the flick in Times Square, breaking records by selling out at all screenings for the three weeks it played.

A member of the collective artist group Collaborative Projects, Ahearn was initially exposed to Hip Hop in the late 70s through graffiti when he went to film the youth in the projects in Manhattan’s Lower East Side that studied martial arts. He was soon approached by Fred “Fab 5 Freddy” Braithwaite about making a movie encompassing all elements of Hip-Hop (emceeing, DJing, breakdancing, and graffiti). Fab 5 Freddy brought legendary graff artist Lee Quinones to meet Ahearn to discuss further the approach of filming graffiti and introducing it as a legitimate art form. Ahearn found out that Lee was the same graf king whose work he admired while filming in LES. With Ahearn as producer and director, the three began embarking on a journey to gather the individuals who would be the faces of this landmark film.

Developing its name from an abstract letter design made famous in the graffiti world by graff king Tracy 168, Wild Style featured some of the most prolific pioneers from all aspects of Hip-Hop. The Cold Crush Brothers, Rock Steady Crew, and Grandmaster Flash were just a few of Hip-Hop’s trailblazers that debuted on Wild Style’s silver screen. The Furious Five could not appear alongside Flash and had to be cut from the film because of prior obligations to another more mainstream motion picture depicting the development of Hip Hop that came out later called Beat Street. This is why Afrika Bambaataa, the New York City Breakers, The Treacherous Three, or female pioneer MC Sha Rock were not seen in the film. Other notable legends included Busy Bee Starski, graf legends Dondi, Zephyr, and Revolt, who designed the Wild Style logo, and the Fantastic Freaks.

Lee Quinones played the main character “Zoro,” the anonymous graf phenom introduced to the art world by his pal and fellow graffiti writer “Faze,” played by Fab 5 Freddy. Faze introduces Zoro to Virginia, a journalist portrayed by cultural icon Patti Astor, who later shows Zoro to art’s world stage of galleries and museums. The story is an accurate historical account of how Hip-Hop, in general, was introduced to mainstream America and, later, the rest of the world. It also showed the poverty and despair that existed in the South Bronx, out of which the culture of Hip Hop emerged.

Over 30 years later, Wild Style is still an American pop culture icon. The players that participated and performed in the movie have made themselves legends in their own right. However, most will recognize their appearance in the film as the catapult of their career. The movie has been sampled on various classic Hip Hop albums, including ATCQ’s Midnight Marauders, Common’s Ressurection, and the Five Mic classic, Nas’ Illmatic. Wild Style was voted one of the top ten rock n’ roll movies of all time by the Rock N’ Roll Hall Of Fame, and VH1’s Hip Hop Honors acknowledged the film’s influence in Hip Hop with a tribute in 2007.