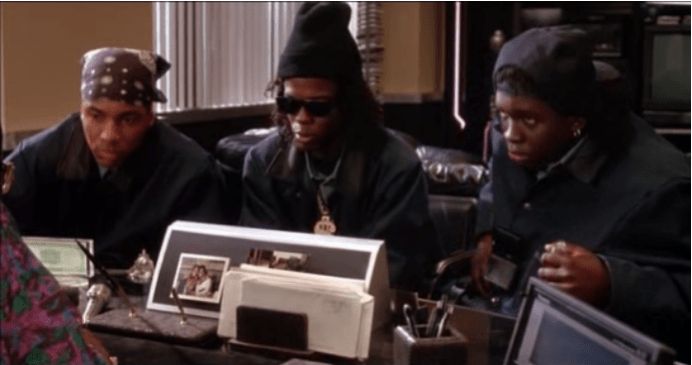 On this date 29 years ago, Gusto and the gang shows us what gangsta Hip-Hop is all about.

In 1993, Chris Rock, Allen Payne and Charlie Murphy gave their own take of how things go down behind the scenes with gangsta rappers vs. real-life gangsters in the comedy flick CB4. Directed by and starring Rock, CB4 was a parody that pokes fun at “the world’s most dangerous group” N.W.A. and features several Hip Hop notables including Ice-T, Ice Cube, Flavor Flav and the late Eazy-E.

Murphy, who played the role of “Gusto”, is a certified “G’ who is “three generations deep in gangsterdom.” Rock, who plays up and coming rapper Albert Brown from “LoCash” California, jack Gusto’s gangster look, background and persona, becoming MC Gusto after the “gangsta” Gusto went to prison. The group that Rock’s character formed, who were called CB4, which stood for gangsta Gusto’s prison location ‘Cell Block 4″, took the rap world by storm until reality hit; Gusto gets out of jail.

Salute to Rock, Charlie Murphy (RIP), Allen Payne and even Daddy-O of Stetsasonic, who was the rapper for CB4’s hits “Straight Outta LoCash” and “Sweat From My Balls.” CB4 is definitely a comedic learning tool and will forever be a piece of Hip-Hop history!