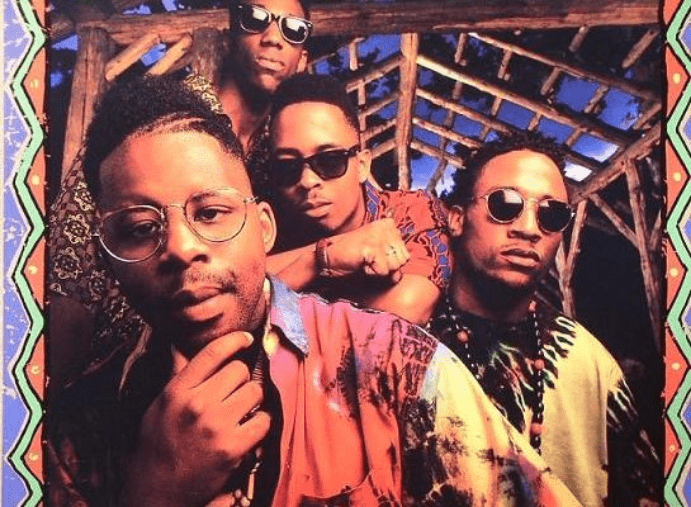 On December 4, 1990, Brand Nubian released their classic Five Mic debut album One For All on Elektra Records. Boasting production Dante Ross, Skeff Anslem, the SD 50s(Stimulated Dummies), Jam as well as their own hands on the boards, Brand Nubian arguably released one of the most influential debut albums in Hip Hop history. The Source Magazine’s Record Report of All For One gave the LP a perfect rating, stating AFO, “overflows with creativity, originality, and straight-up talent. […] the type of record that captures a whole world of music, rhymes, and vibes with a completely new style.”

Over 30 years ago, Grand Puba Maxwell of the Masters Of Ceremony linked up with the Gods Derrick X and Lord Jamar Allah, recruited X’s childhood pal Alamo as the DJ to form the four-man crew of Brand Nubian. The crew pioneered the sound of the Gods, infusing the knowledge and wisdom of the 5% Nation in their lyrical content and used the music to attract many young Black youths of that era to Black consciousness. Together the quartet has only released this album, but Lord J and Derrick X, who is now known as Sadat X, have dropped two additional projects under the Brand Nubian flag. Even with all of their respective solo endeavors, their collective impact on the culture of the rap game is forever embedded in the fabric of Hip Hop.

Salute to Puba, Lord Jamar, Sadat, Alamo, Stud Dougee(RIP), Dante Ross, Skeff and everyone at Elektra who was involved in bringing the people such an important part of Hip Hop history!