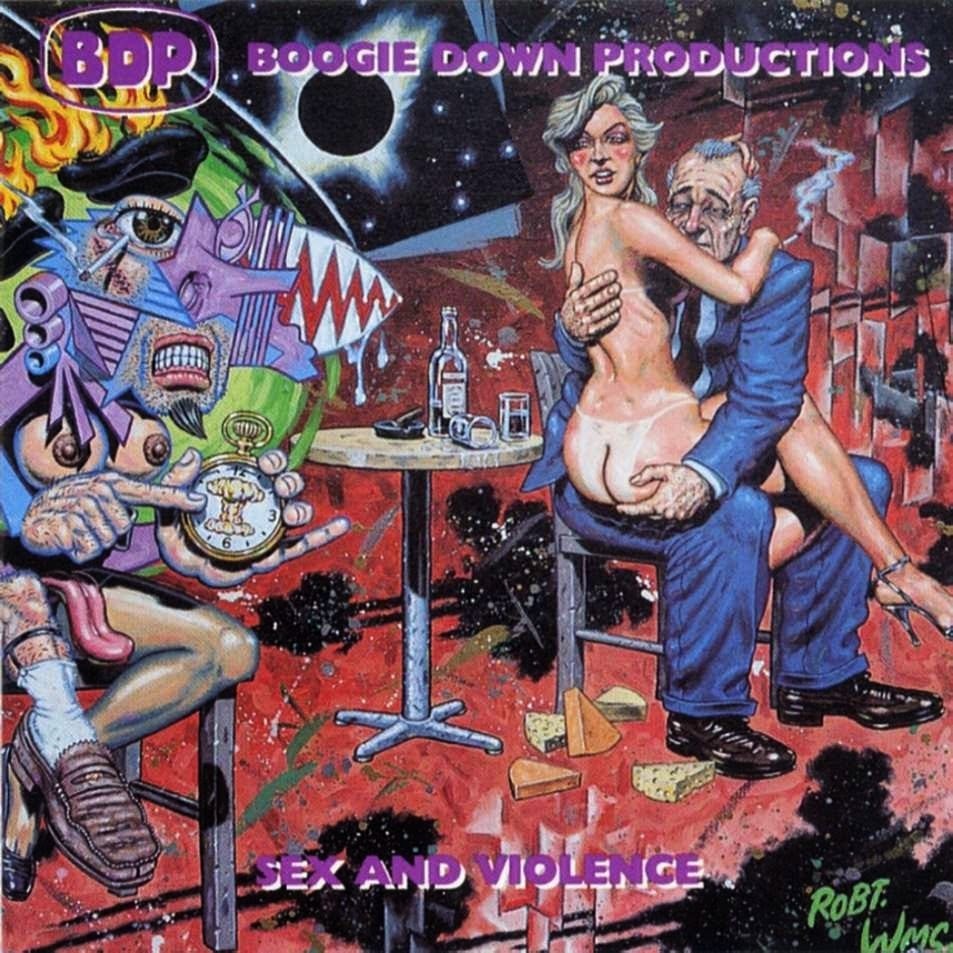 On this date in 1993, KRS-One and the rest of the Boogie Down Productions crew dropped the Sex And Violence album, which was the fifth and last album put out by the pioneering Bronx-based Hip Hop collective.

The album produced less than lackluster sales, partially, according to KRS, because of his incident where he threw PM Dawn rapper Prince B off the stage during one of their performances. Kris also used this album to address his beef with X-Clan because of KRS’ proclamation of humanism rather than embracing X-Clan’s aggressive form of Afrocentricity.

This album touched on many of the social issues of the time, including the rape trial of Mike Tyson on “Say Gal,” “Build And Destroy,” where he addressed his humanist views and “13 And Good,” where Kris talks about the commonality of statutory rape.

Salute to “The Teacher” and the rest of BDP including Prince Paul, Heather B and Kenny Parker for making this album an underground classic!