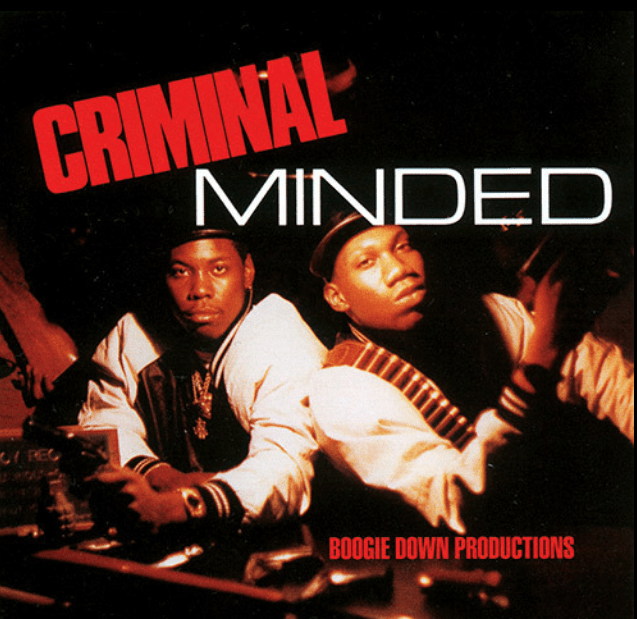 On this date in 1987, “Blastmaster” KRS-One, DJ Scott La Rock, “The Human 808” D-Nice, and the rest of the Boogie Down Productions crew released their highly anticipated debut album Criminal Minded on B-Boy Records.

With the “South Bronx” vs. “The Bridge” aka BDP vs. The Juice Crew beef on wax was at its height, the Criminal Minded album proved to be one of the most important instructional projects for up and coming emcees on how to take out the top dog and start your reign. As KRS mentioned in the QDIII Beef documentary, if MC Shan hadn’t responded to “The Bridge Is Over,” one of the premier singles from the album, there probably would not have been the rise and success of KRS and BDP.

With Boogie Down Productions aligned with DJ Red Alert on the FM dial at 98.7 KISS and The Juice Crew siding with the one and only Mister Magic and Marley Marl on 107.5 WBLS, it also began the early radio wars, which is the origin of the HOT 97 and Power 105 battle on the dial.

Tracks that will forever be etched in Hip Hop history include intellectually adept “Poetry,” the street sagas in “My 9mm Goes Bang” and “P Is Still Free,” the late Scott La Rock-inspired “Super Hoe,” and the extensive lyrical lesson in the album’s title track. Ironically, Scott Sterling, better known as DJ Scott La Rock, was killed less than six months after the album’s successful release.