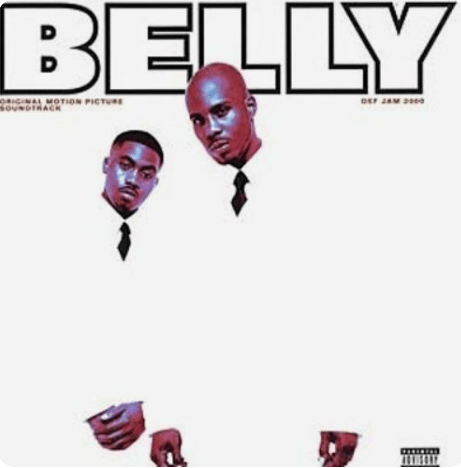 On this date in 1998, the soundtrack to the Hype Williams-directed cult classic flick Belly was released on the Def Jam imprint.

Produced by some of the hottest behind the boards masters of the game including Irv Gotti, Dame Grease, RZA, Tone and Poke, Swizz Beatz and several others, the soundtrack produced four music video singles for “Grand Finale”, “What About”, “Movin’ Out” and “Tommy’s Theme”. D’Angelo’s “Devil’s Pie” produced by DJ Premier, is one of the soundtrack’s stand out singles, but ironically was a throw away track given to D’Angelo after Canibus rejected it.

As one of the greatest Hip Hop movie soundtracks of all time, featuring tracks from Mya, Raekwon, N.O.R.E., Jay-Z, Beanie Sigel, Memphis Bleek, Wu-Tang Clan, and the film’s stars Nas and DMX. The soundtrack peaked at #5 on the Billboard 200 and #2 Top R&B/Hip Hop chart making it one of the highest-charting Hip-Hop film soundtracks to date. The album’s sole single “Grand Finale” featuring Nas, DMX, Method Man, and Ja Rule peaked at #63 on the Top R&B/Hip Hop singles chart.