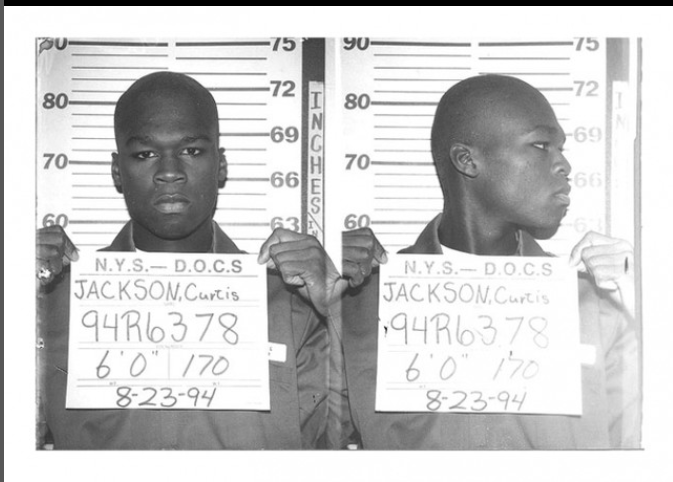 On this date in 1994, before becoming one of Hip Hop’s top execs, Curtis “50 Cent” Jackson, who was then known as “Boo Boo”, was arrested on a direct sale of a controlled substance charge after selling four vials of crack cocaine to an undercover officer. Weeks later, he was arrested again when police raided his home and found heroin, ten ounces of crack cocaine, and a starter pistol.

50 was sentenced to three to nine years in prison, but because the charge was a non-violent offense, opted out to the SHOCK program, a bootcamp-like diversion program for first-time, non-violent offenders, where the would=be superstar completed a six-month program.

Soon after his release, Fif was introduced to Jam Master Jay(RIP) and the rest is history. 50 Cent has morphed into a entertainment mogul, with his projects in music and film receiving unprecedented reviews for someone who began as a gangster rapper from Southside Jamaica.