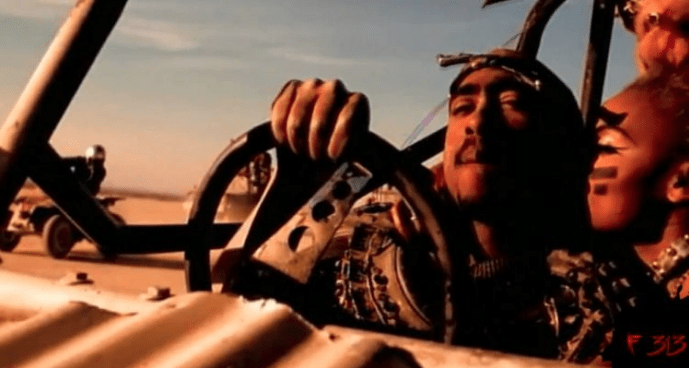 On this date in 1995, Death Row Records released one of the label’s most successful singles featuring Dr. Dre, Tupac Shakur, and Zapp frontman, the late Roger Troutman aptly titled “California Love” from ‘Pac’s All Eyez On Me LP.

As Tupac’s first single as a Death Row artist and as a free man after his 1994 rape conviction, California Love dropped during the height of the the East Coast/West Coast rivalry and helped to propel Death Row to the top of the Hip Hop food chain, featuring the game’s hottest rapper and the most sought after producer. The B-side to the Jodeci powered “How Do U Want It?” posted up in the Billboard pole position for a solid two weeks and ‘Pac was posthumously nominated for Grammys in the Best Rap Solo Performance and Best Rap Performance By a Duo or Group categories.

“Only In Cali where we riot not rally, to live and die/ In L.A., we wearing Chucks, not Ballys(yeah, that’s right)..”

Salute to the late, great Tupac Shakur, Dr. Dre, Suge Knight, the entire Death Row staff, the legend Roger Troutman and everyone involved with this smash single that will forever live in Hip Hop history.