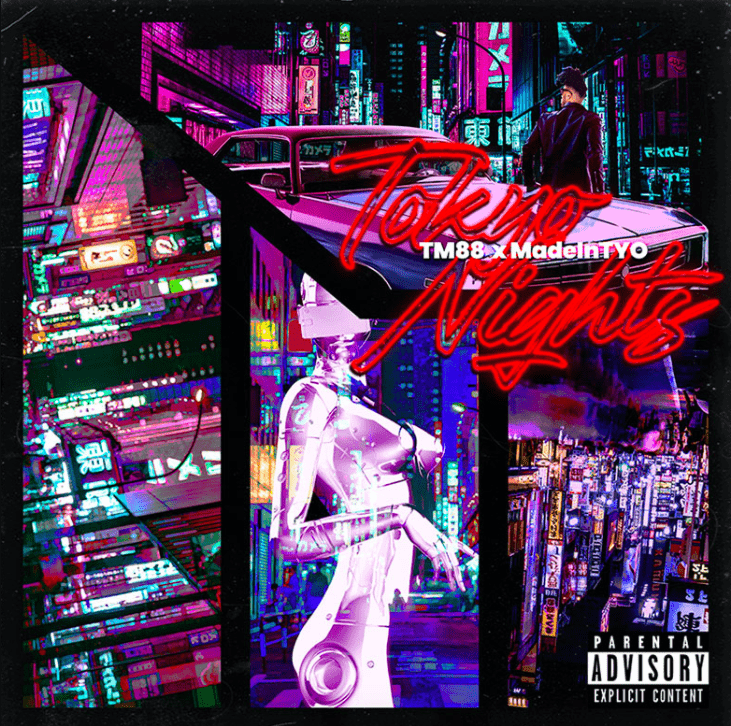 GRAMMY Award-nominated powerhouse producer, artist, DJ, and Taylor Gang affiliate TM88 drops “Tokyo Nights (feat. MadeinTYO).”  The track comes in hot following TM88 producing “P2” off of Lil Uzi Vert’s  Billboard Top 200 number 1 album, Eternal Atake in addition to following up from TM88 & Smokepurpp’sjoint single “RR.”
“Tokyo Nights (feat. MadeinTYO)” has a late-night cruising vibe to it. The track features fellow Atlanta native, MadeinTYO, known for his hit “Uber Everywhere,” rapping about the ladies and foreign cars encountered in a night out in Tokyo over TM88’s tranquil yet vigorous beats.
“I really wanted to bring the feel of a real Tokyo night to life racing through the neon light streets with a couple of beautiful women and just living the night of my life with my bro MadeinTYO,” says TM88.
The track came together organically at TM88’s home studio in LA when he was cooking up beats with all of his homeboys around -Southside, Travis Scott, Trinidad James, Sheck Wes, and Wheezy. TM88 recalls MadeinTYO pulled up and was ready to work after the duo already made 8 songs together that week. The rest was history.