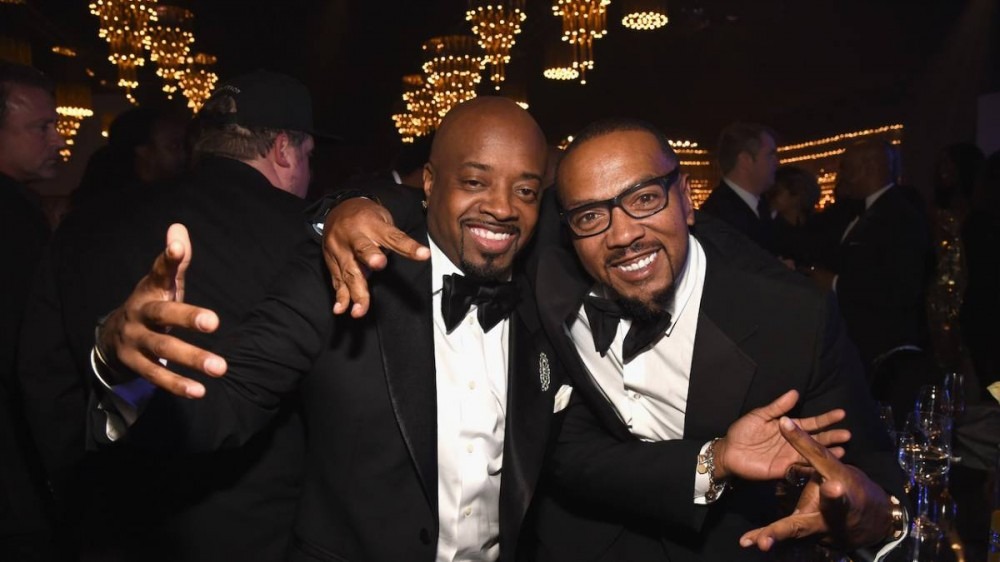 Timbaland is a legend in his own right, but he’s taken some time out from his busy schedule to give some flowers to fellow “pioneer” Jermaine Dupri.

JD and dvsn‘s new single “If I Get Caught” has spawned a huge conversation about the state of R&B, and the Verzuz co-founder has taken notice.

“I wanna congratulate dvsn and Jermaine … and dvsn had a talk when I was at Missy’s party,” Timbaland said in an Instagram video. “And I gotta agree, it sat with me. I didn’t tell you this, but it sat with me dvsn, you right. Your sound over what I do would be amazing, absolutely incredible.

“But let’s salute Jermaine, one of the pioneers of this shit. Standing on 10 toes and bringing that shit to life! That song right now got girls goin’ crazy! You can’t deny it, he got me inspired.”

Dupri reshared the video on his Instagram account Friday (August 19), thanking Timbaland while calling “If I Get Caught” the “biggest R&B record of the year.”

Dupri has found himself both celebrating and defending “If I Get Caught” in recent weeks, resharing R&B remixes from female singers such as Chloe Bailey, Inayah and other hopeful vocalists while calling out detractors on social media.

In a July tweet, Dupri dismissed anyone who couldn’t hear the modern variation of the blues on the song, calling them “musically blind.”

Songs like “If I Get Caught” have been tossed into a larger conversation about the state of R&B. During an Instagram Live debate on Wednesday (August 17), Diddy sounded off on how R&B lost its essence and he was going to be the one to bring it back.

“R&B is muthafuckin’ dead as of right now,” he said. “The R&B I made my babies to? R&B gotta be judged to a certain thing — it’s the feeling though, doggy. No, no, no. It’s a feeling. You gotta be able to sing for R&B and then you gotta tell the truth. R&B is not a hustle. This shit is about feeling your vulnerability.

Meanwhile, Diddy and Jermaine Dupri have agreed to face off in a Verzuz-like event after almost a year of going back-and-forth over a potential battle.

Puff went on Instagram Live on Thursday night (August 18) and decided to invite Dupri into the session. Feeling confident about his chances in a head-to-head, Diddy said: “JD, if you want that smoke, you can get that smoke anytime.”