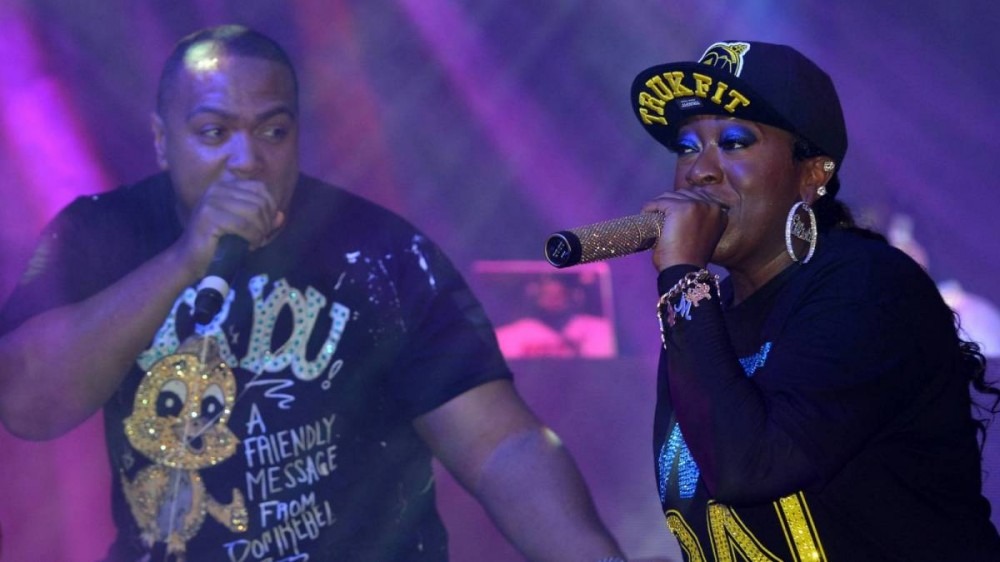 Their collaborative relationship would blossom into several additional albums, including 2002’s double-platinum hit Under Construction.

On Wednesday (December 1), Timbo teased another dream team production with the tweet, “Who ready for that @missyelliott Timbo album?????” He added multiple eyeball emojis at the end.

Missy Elliott quickly hopped in the comment section and replied with a GIF of herself dancing, appearing to suggest “she ready!”

But as one fan pointed out, the mere suggestion a new Missy Elliott and Timbaland collaboration could be on the way almost sounds like a cruel trick.

“Don’t get my hopes up, unless you got release dates for the joint or for singles,” @headphoneaddict wrote. “All jokes aside, you guys are among the last Black musical originals. Can’t wait to see what’s next from you two.”

Don't get my hopes up, unless you got release dates for the joint or for singles.

All jokes aside, you guys are among the last Black musical originals. Can't wait to see what's next from you two.

Missy Elliott and Timbaland have been cooking something up since at least November 2018. Shortly after Elliott’s Songwriters Hall of Fame nomination, she shared a video of herself and her longtime collaborator in the studio.

She also suggested a new solo album was imminent just the month before. In another Twitter video, she expressed she was struggling with a dose of self-doubt but realized it was simply time.

“For so long I was hesitant to put out music in fear no 1 would get it because said music has changed & my sound been so different,” she said. “but NOW IM LIKE hey bump it make music that feels good to me. let me Get y’all asses dancing again.”

The clip arrived roughly three months after Elliott dropped the Iconology EP, which peaked at No. 24 on the Billboard 200. It served as her first solo project in 15 years.