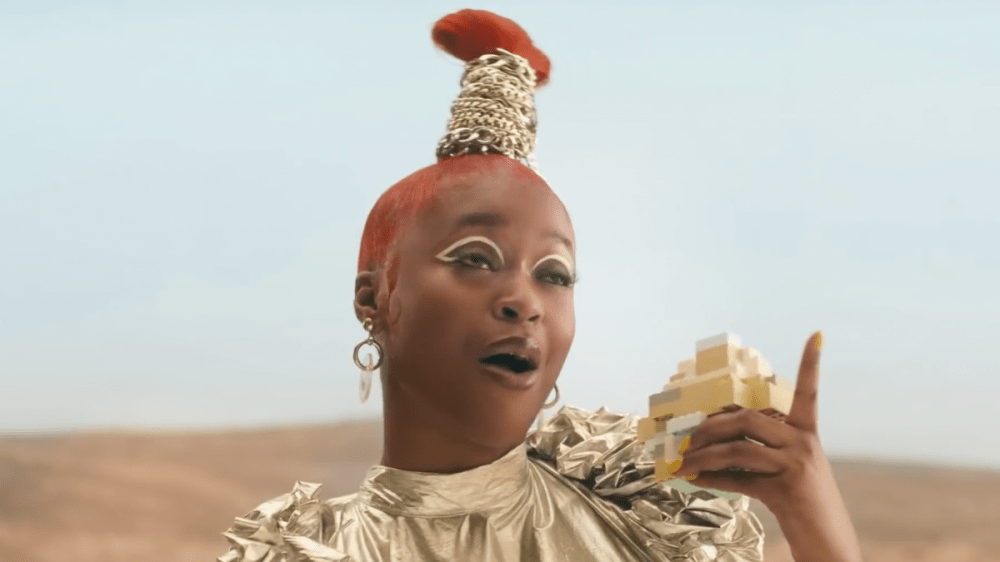 Philadelphia rapper Tierra Whack released her video for “Link” at the top of April, which has already attained over 640,000 YouTube views. The visual wouldn’t have been possible if it wasn’t for collaborating with LEGO and kids from her hometown, with Fox 29 News recently catching up with the young stars to talk about the whole experience.

A kid named Nolan said, “The best part of making the video was when we were in some kind of room and she put headphones on it, and we would draw some stuff or dance. So that was pretty much my favorite part.”

10-year-old Jordan also spoke on working on the visual having basically served as the creative director at such a young age.

After explaining how a piece of LEGO would fit into Tierra Whack’s video, she added, “I’m going to build more LEGOs than there’s ever been and tear up my parents house and make a lot of LEGOs to the point where you can’t fit it in my room.”

Tierra Whack also chatted with Billboard about teaming up with LEGO and having the kids in her video.

“You gotta keep it in the family,” she said. “My little cousins, they look up to me. To them, I’m like a God. So for me to finally be able to use them in something they like and something [where] they were able to kind of see themselves get loose and do them, I was just like, ‘We gotta lock in.’ LEGO was like, ‘Hey. Can you find some kids?’ I was like, ‘You know how many cousins I got?’ [Laughs.]

“I got a big family, so it was really cool to be working with them — because, like I said, lots of times I’m on tour. I’ll come back and might do a little family gathering or dinner, and my little cousins would be talking [like], ‘I saw your video. I saw this,’ but for them to actually be on set with the cameras on them, they were like, ‘Wow.’”

She added, “I had two cousins call me like, ‘Wow. That was a lot. That was a lot of pressure,’ and I was like, ‘Yeah. See. Y’all got a little taste of it.’ Kids are shy. It was cool to see them on camera because like I said, most of my cousins are crazy. When the cameras came, they got a little sweet and innocent. It was funny. It was cool to see.”

Revisit the “Link” video below.