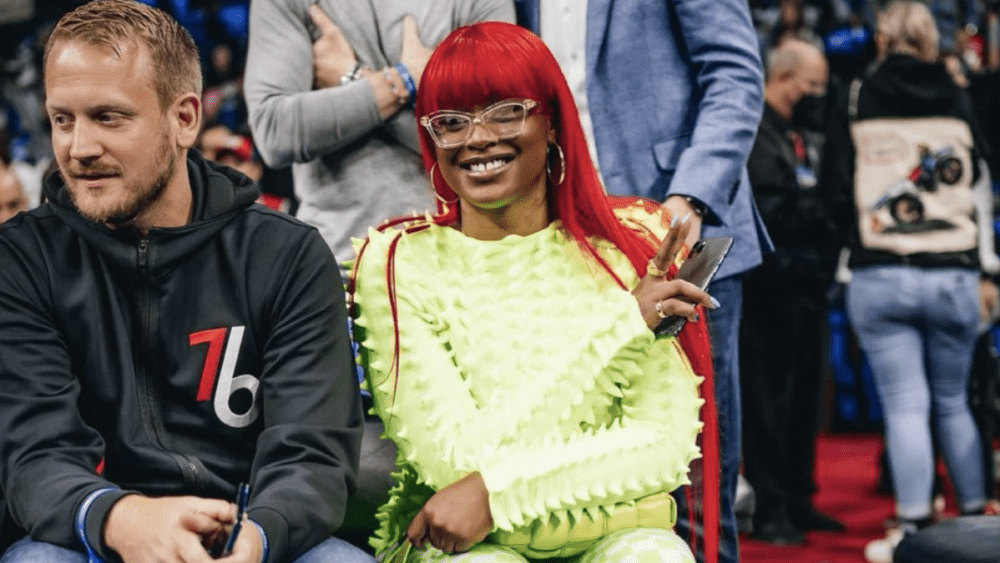 Philadelphia, PA – Tierra Whack is ready to help the Philadelphia 76ers get to the next level in their 2021 playoff run. The Philly native threw her support behind her hometown squad by crafting her Sixers-themed “76” playoff anthem, which dropped ahead of Game 2 on Tuesday (June 8).

Tierra Whack was at the Wells Fargo Center on Tuesday to watch her Sixers dominate the Atlanta Hawks in a must-win Game 2 by a score of 118-102. MVP runner-up Joel Embiid led the team with 40 points and 13 rebounds. In the process, he became the first 76er since Allen Iverson to drop 40 points in a playoff game.

Hip Hop was definitely in the building as Meek Mill and Lil Baby were also in attendance. Quavo even pulled up for Game 1 to see his Atlanta Hawks take home a victory.

on repeat all day.